The passenger and high-speed ships will be equipped with hybrid technology engines to move in electric mode in ports. 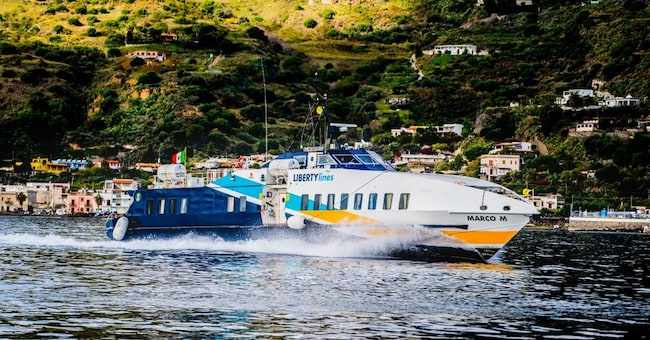 Nine new high-speed passenger ships, ordered by the Trapani-based Liberty Lines from the Spanish shipyard Armon, will be equipped with hybrid-powered Rolls-Royce Mtu engines. The agreement was signed at the Smm shipping fair in Hamburg. The units will be delivered between 2023 and 2026, and the order awarded to the shipyard also includes an option to build an additional nine ships, to be delivered between 2027 and 2030.

The technology used will enable the units to move within ports in all-electric mode and then recharge their batteries while sailing offshore. It is, a note explains, an "absolutely innovative technique that promises a conspicuous reduction in particulate emissions in the order of 62 percent compared to an equivalent ship equipped with traditional propulsion. Emissions of nitrogen oxides will also be reduced by about 83 percent."

The ships' features are the result of more than two years of collaboration between Liberty Lines' engineering offices, Armon Shipyard, the Rolls-Royce Group for the propulsion part, Rina (multinational inspection, certification and engineering consultancy) and Australian designers Incat Crowther.

The new vessels will be the first Hsc hybrid fast craft to achieve the Rina Green Plus class. And they will be able to cruise at eight knots in full electric mode and over 30 knots in cruising mode. The new engines will also be compatible for hydrogen use.

"For our company, as we await the awarding of the tender for the concession of public passenger maritime transport services by the Sicilian Region," says Gennaro Carlo Cotella, CEO of Liberty Lines, "the confirmation of this important investment is a tangible sign of our desire to continue to improve service standards and reduce environmental impact. We are proud to be able to collaborate with industry excellences such as Rolls-Royce Power Systems."

Liberty Lines, founded in 1993 by Commander Vittorio Morace, has a fleet of 32 fast vessels (including Hydrofoils, Catamarans and Monohulls), a team of more than 600 employees and its own shipyard. It carries about three million passengers a year between Italy, Greece, Croatia and Slovenia, as well as between Sicily and the smaller islands.