Kashkari (Fed): ahead with restrictive monetary policy to fight inflation

Federal Reserve Bank of Minneapolis President Neel Kashkari said the U.S. central bank should pursue a more restrictive monetary policy until it becomes clear that the very high levels of inflation are heading back down. "With inflation between 8 percent and 9 percent, we run the risk of unanchoring inflation expectations," he said, "and if that happens, the Fed would probably have to undertake a very aggressive rate hike to restore balance. 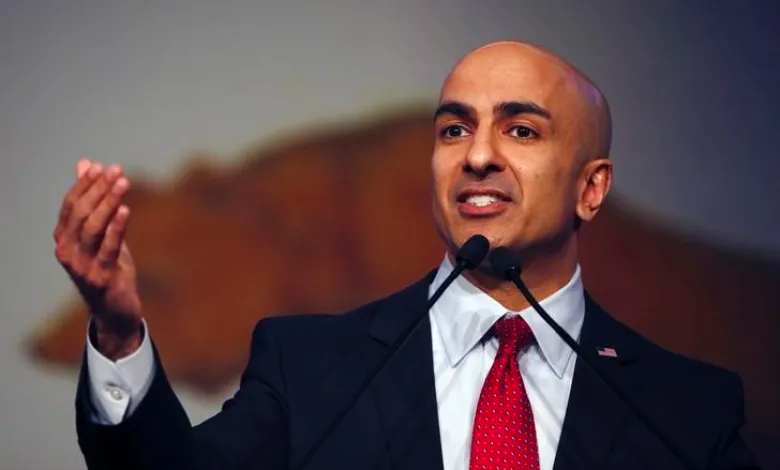 Who is Neel Kashkari

Neil Tushar Kashkari (born July 30, 1973) is an American banker and politician who is president of the Federation l Reserve Bank of Minneapolis. As Interim Assistant Secretary of the Treasury for Financial Stability from October 2008 to May 2009, he oversaw the Troubled Asset Relief Program (TARP), which was a major component of the U.S. government response to the 2007-2008 financial crisis. a Republican, he ran unsuccessfully for governor of California in the 2014 election.

Born and raised in Ohio, he was educated at the University of Illinois at Urbana. -Champaign, Kashkari first worked as an aerospace engineer. After attending the Wharton School of Business at the University of Pennsylvania, he became an investment banker, working in information technology security for Goldman Sachs.

Henry Paulson, former head of Goldman and then Secretary of the Treasury, hired Kashkari as an assistant. Kashkari was eventually appointed Assistant Secretary of the Treasury for International Economics and Development. At Treasury, he played a number of roles in responding to the financial crisis and the subprime crisis that preceded it, particularly administering TARP.

Kashkari left government and joined Pimco in 2009, leading that company into the equity market. After little success in that endeavor, he left Pimco in January 2013 to try for a government position. A year later, he announced his candidacy for governor of California. He came in second in California's nonpartisan primary election, but lost the general election to incumbent Governor Jerry Brown.

He was named the new president of the Minneapolis Federal Reserve on Nov. 10, 2015, succeeding Narayan Kocherlakota, who announced his resignation in June. Minneapolis, which last served as a voting member of the FOMC in 2017, will next become a voting member in 2020.