The startup Brelyon, founded by the Massachusetts Institute of Technology, creates a monitor that simulates immersive 3D video and could become an alternative to VR devices. The developers and investors, who recently invested $15 million in Brelyon, are sure about that. And this monitor looks like a distant relative of the famous robots from Boston Dynamics, which were also founded by people from MIT. 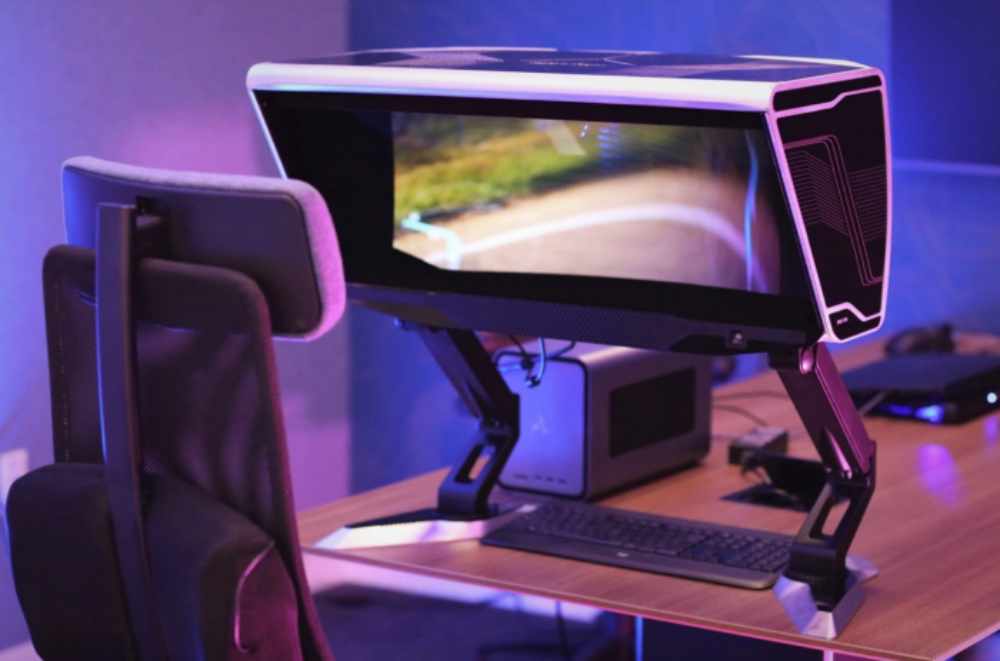 As Brelyon CEO Barmak Heshmat explained to TechCrunch, our future is surely tied to the development of virtual reality and the metaworld, but all wearable VR devices make people uncomfortable. At the same time, humanity has been using monitors for 50 years and is hardly ready to change this habit. Brelyon developers' logic, by their own admission, is quite simple: if they can give users at least half of the immersive effect that VR devices provide, it will be a significant improvement on the computer and will bridge the emerging metaworld.

Brelyon's developers assure that they were able to provide a panoramic effect using patented light-field expansion technology. Brelyon software evaluates depth profiles and recreates depth in layers, guided by the human perception of depth. According to Hesmet, "although the content is technically two-dimensional and does not require re-rendering, different parts of the image are tuned to slightly different monocular depths, giving an immersive virtual reality experience." Due to improvements in optics, the perceived brightness level of the monitor can reach thousands of nits without problems with zoning and halo effects.

In March 2022, a CNet columnist studied Brelyon products. The prototype he was given used an LG 4K LCD with a 24x9 aspect ratio and 60 Hz refresh rate. The journalist described his experience of using the monitor as quite comparable to the effect of a VR device. The collaboration with LG was supposed to result in 5K OLED screens with a 144 Hz refresh rate, designed specifically for gaming, in Brelyon monitors.

In addition to the investment and partnership agreement with LG Display, Brelyon has 20 other companies that are connected to an early access program for its products. In this way, the startup intends to capture part of the corporate market.