Business books › UK inflation soars over 10%, peak not yet reached. A hot autumn of prices is on the horizon

UK inflation soars over 10%, peak not yet reached. A hot autumn of prices is on the horizon

The winds of economic crisis continue to blow over the United Kingdom, which has once again seen inflation overheat to its highest level in more than 40 years. And the outlook does not look rosy: it appears that the peak has not yet been reached and could be touched in the coming months. In particular, the Bank of England estimates that inflation could peak at more than 13 percent in the fall. Such high increases in household energy bills between now and next April indicate that inflation is expected to exceed 12 percent from October onward. Numbers and forecasts that could prompt the Bank of England (BoE) to act on rates again, with a September tightening of 50 basis points. 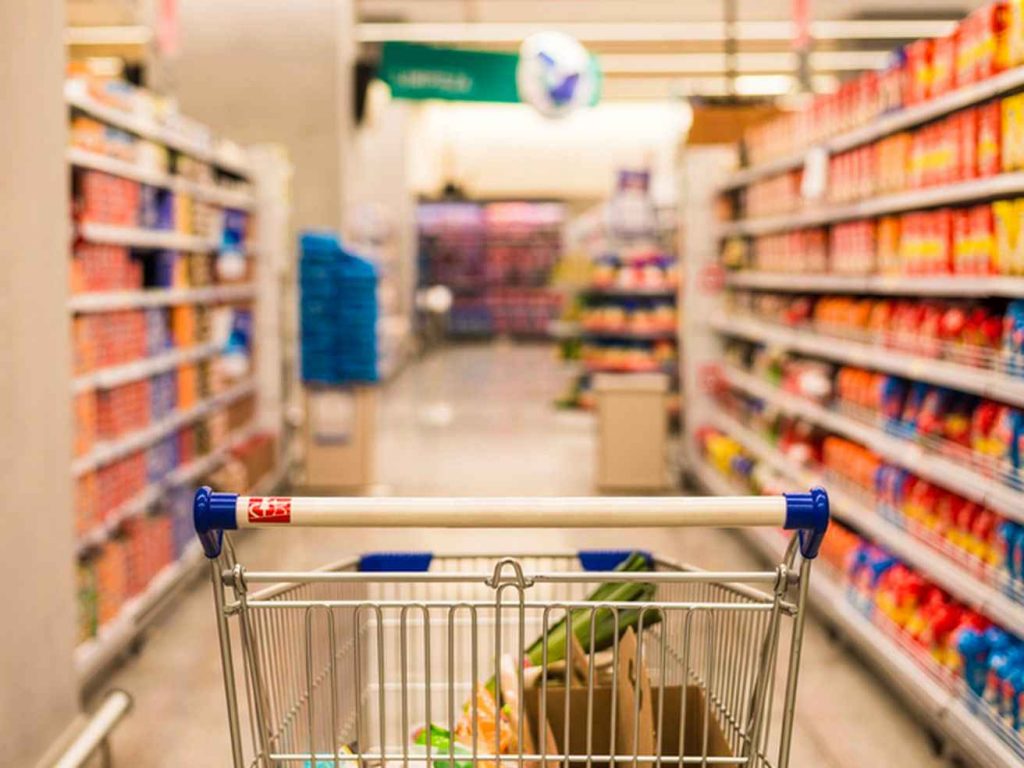 Yet another acceleration in UK inflation, which rose more than expected in July and went over the 10 percent threshold for the first time since 1980, with rising food prices weighing more heavily than other items. In detail, according to data released by the Office for National Statitics, the consumer price index jumped to 10.1 percent year-on-year last month versus the 9.8 percent year-on-year indicated by the Bloomberg consensus. In June it had been 9.4 percent. On a monthly basis the figure slowed slightly, marking +0.6% from the previous +0.8% (Bloomberg consensus at +0.4%). 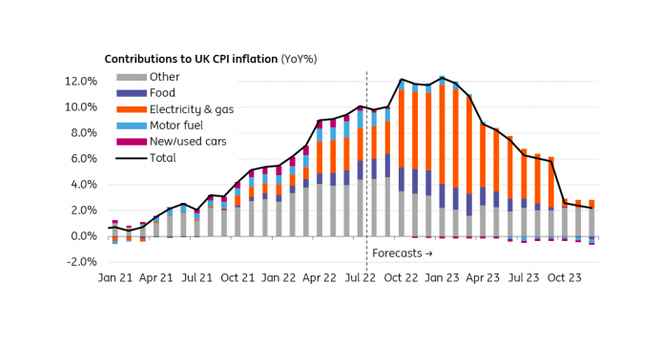 "Next month, overall inflation looks set to fall below 10 percent in the wake of a nearly 7 percent drop in average gasoline/diesel prices, which came too late to affect the July data," points out James Smith, developed markets economist at ING. "This is only a temporary reprieve, with the 75 percent increase in the household energy cap looming in October. Although it is not yet entirely clear how the Office for National Statistics will treat the government's £400 rebate for household bills, this increase in electricity/gas costs looks set to push inflation above 12 percent by the end of the year." "Thereafter, the energy impact will gradually dissipate and in fact by 2024, inflation will probably manage to stay somewhat below the Bank of England's 2 percent target. That's always assuming that energy prices actually start falling gradually from mid-2023," the Dutch bank's expert points out.

BoE's moves, here's what will really guide it

Numbers that will end up on the table for the BoE to meet again in September, with analysts leaning toward a 50 basis point hike after the August move. On August 3, the Bank of England announced that it had raised UK rates by 50 basis points, at the strongest pace in 27 years, to 1.75 percent, confirming its increasingly aggressive fight against UK inflation. The monetary tightening was the largest since 1995.

"It will be wage pressures that will have a strong influence on the Bank of England's decision-making in the coming months," says Smith. "As seen yesterday, wages (at least in nominal terms) have decent momentum right now, but there is a lot of uncertainty about how much labor demand is falling and how much supply is improving. In the short term, skills shortages remain a big problem for firms." In light of this scenario, for now, ING expects another 50 bp rate hike in September. "We do not rule out another increase in November, although this is highly dependent on the new premier's fiscal response in September," he concludes.