Wall Street fell on the heels of yet another maxi rate hike by Jerome Powell's Fed, amounting to +75 basis points for the third consecutive time. 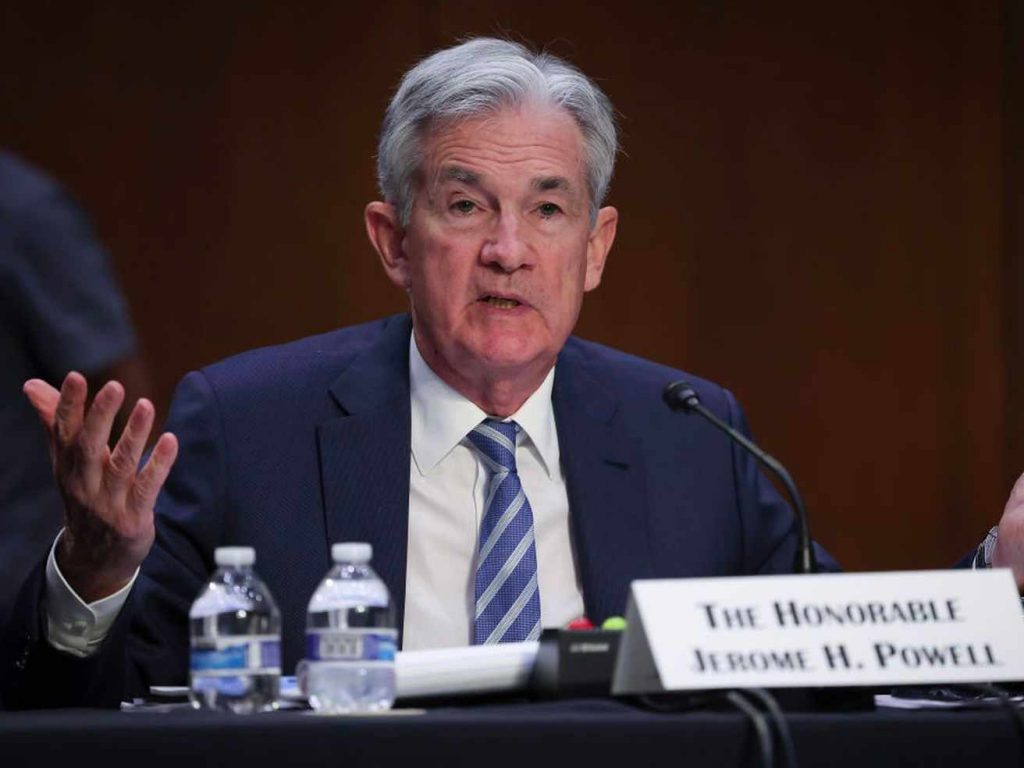 Powell's objective confirmed yesterday: to go ahead with monetary tightening in order to bring US inflation back to the 2% target (it is now running at over 8%, according to the consumer price index).

The Federal Reserve raised rates in the 3% to 3.25% range, a record high since 2008. Watch out for the dot plot, the chart summarising the rate direction projections of the Fed's monetary policy arm, the FOMC.

The document shows that officials are targeting further rate hikes to reach the terminal rate of 4.6 per cent, in 2023, with rates rising to 4.4 per cent by the end of 2022.

Powell & Co would thus be preparing to raise rates by +100-125 basis points by the end of 2022, at the two remaining FOMC meetings.

The dot plot also showed up to three rate cuts in 2024 and four more in 2025, which would bring longer-term rates down to a median of 2.9 per cent.

"My main message has not changed since Jackson Hole," Powell said in the press conference following the US rate announcement, "The FOMC is strongly determined to bring inflation back to 2%, we will continue until the job is done.

"We need to put inflation behind us. I wish there was a less painful way to do it. There isn't,' the US central bank president admitted.

Today was a day in which the central banks took centre stage.

Haruhiko Kuroda's Bank of Japan continues to confirm itself as a white fly among the central banks of many other economies, busy warding off and taming new inflation flare-ups. Today, the BOJ confirmed its benchmark interest rates at their lowest level ever, i.e. -0.1%, which means that the monetary policy made in Japan is still based on the instrument of negative rates, which Christine Lagarde's ECB has now renounced with its monetary tightening.

By contrast, the era of negative rates is over in Switzerland, where the Swiss National Bank (SNB) raised its key interest rates to 0.5%, an increase of 75 basis points.

Inflation in Switzerland is currently at a three-decade high, having risen to 3.5% last month.

The Bank of England also announced today that it had raised the UK's key policy rate by 50 basis points, less than the 75-point tightening expected by several traders, to 2.25% from 1.75% previously. The monetary tightening was the seventh in a row and took rates to a record high in the last 14 years, i.e. since 2008.

The Bank of England announced today that it believes the UK is already in recession.

Prospects of a Fed that tolerates recession more than inflation inflamed US Treasuries rates again:

two-year ones, which are more sensitive to the Fed's monetary policy decisions, jumped as high as 4.132%, a record high since October 2007, only to make a slight turnaround (up almost 10 basis points anyway), to 4.092%.

10-year Treasuries rates have soared in recent hours to 3.64%, a record high since February 2011.

The spread between 10-year Treasuries rates and two-year rates widened further to 56.8 basis points, confirming the further inversion of the yield curve, a phenomenon that, according to many economists, anticipates the arrival of a recession.