ECB-Day is here, with the expected announcement on eurozone rates: today, Thursday, Sept. 8, 2022, Christine Lagarde's ECB will decide how to continue to fight inflation, which, in the eurozone bloc, is knocking out consumer purchasing power and eroding margins for companies, grappling with the nightmare of high energy prices. 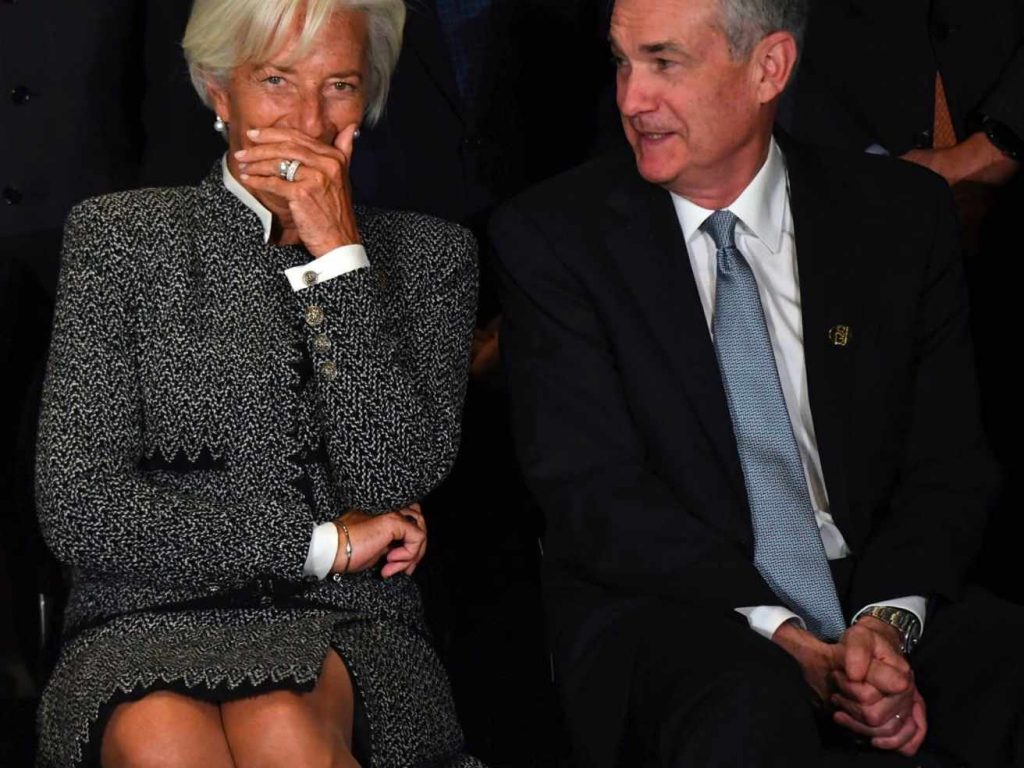 The outlook has become more uncertain in recent hours with the spread of some rumors about possible pressure from Lagarde on European central bank hawks. According to the rumors, Lagarde is reportedly proposing to the hawkish members of the ECB to raise rates not by 75 basis points but, in the face of the halt in gas flows from Russia to Europe via the Nord Stream 1 pipeline and related concerns, and in the wake of various warnings about the arrival of a recession, by 50 basis points.

There are too many challenges facing the bloc's economy: in the specific case of Italy, then, which has always been a special observer of Frankfurt because of its monstrous public debt, the fear of Lagarde & Co is to act in such a way as to cause a shock on BTPs, which are already suffering by discounting the uncertainty that in itself accompanies the country's general elections.

In fact, the outcome of the Italian vote is less uncertain this time, with the center-right seen as having the upper hand.

Rather, the concern is for the end of the Draghi government: a government that got Italy on the path of reform. There are more than a few doubts about the next government's ability to hit the targets of the PNRR, the Draghi plan whose execution allows Italy to receive the largest slice of EU funding, deployed through the Recovery Fund. More generally, Lagarde fears a new sovereign debt crisis, in a context in which criticism against her own actions is increasing, from those who fear that the roundup of rate hikes will end up unleashing in Europe (Eurozone to be precise), until recently dependent on Russia's gas, a deep recession and a flight of investors from assets considered most vulnerable (such as BTPs, to be precise).

Then again, a real BTP bailout shield is not there despite the European Central Bank's late July announcement. And some fear an Italian storm for Italian bonds.

Last July 21, on the very day of Council President Mario Draghi's resignation, in an Italy shaken by the government crisis, Christine Lagarde's ECB announced the long-awaited euro-area anti-fragmentation shield, known in Italy as the anti-spread shield or save BTPs.

The shield has been christened the TPI (Transmission Protection Instrument), but Madame Lagarde herself will be aware of how the instrument has not made much of an impact on BTPs afterwards.

The fear of a recession, combined with the uncertainty effect of the upcoming general elections on September 25, with some parties seeming to pretend that public debt is not a problem. and the fear of accelerating inflation, have led rates on BTPs to jump in recent sessions to over the 4 percent threshold, and the BTP-Bund spread to rise as high as 240.

Values have since retraced, but tension on BTPs remains high. So much so that analysts at Barclays do not believe the ECB will end reinvestments of APP bonds maturing this year and reinvestments in PEPPs, as they are considered priority weapons of defense against fragmentation risks.

Last July 21 was also the day that Christine Lagarde's ECB raised rates for the first time since 2011 and surprising with a hike of as much as 50 basis points, although the market was already partially prepared for a more substantial hike.

In recent hours, Berenberg chief economist Holger Schmieding noted that adopting stronger monetary tightening at the beginning (of the rate normalization path) is a strategy that "can have a stronger impact on inflation expectations than a gradual approach." And that, as a result, "a 75 basis point hike might make sense." That said, Schmieding also issued a warning: "Although widely priced, (the hike) could exacerbate tensions in bond markets."

A view on what Lagarde's ECB will do also came from Morgane Delledonne, Head of Investment Strategy Europe at Global X: "From the ECB meeting is likely to come either a 50 basis point rate hike with a hawkish press conference, or a 75 basis point rate hike with neutral, data-dependent statements. Compared to the last meeting, some new developments must be taken into account: inflation data, which surprised on the upside; the shock regarding gas supplies from Russia, with energy prices continuing to rise; and finally, a weaker euro. However, financial conditions and in particular core spreads vis-à-vis peripheral countries look quite similar to July levels. Overall, recent developments suggest a more aggressive stance, as the euro is too weak, gas demand will have to fall sharply, and inflation still seems out of control. On the plus side, Russia may have exhausted its economic leverage on Europe through gas supply cuts, and economic data show some resilience outside Germany. The market expects an aggressive ECB, so unless we see a 100 basis point hike, we should not see too much volatility. Rather, as the main outcome of the meeting there should be a strengthening of the euro."

A weakening of the euro would certainly not be looked upon favorably by the ECB, as it would risk further fomenting inflation growth: precisely what Lagarde & Co intend to avert. So this is the danger of a rate hike of 'only' 50 basis points: after Gazprom's announcement on the stop of the Nord Stream 1 gas pipeline, the euro has already pierced the $0.99 threshold a few days ago for the first time since 2002.

Meanwhile, the most hawkish outlook on U.S. rates signed by Goldman Sachs also came in the last few hours.

Goldman Sachs disclosed that it sees a more aggressive Fed under Jerome Powell, with chief economist Jan Hatzius now estimating with his team a 75-basis-point rate hike at the upcoming September meeting, up from the previously expected 50-point tightening.

Goldman Sachs is also betting on a 50 basis point rate hike in November, compared to the 25 basis point tightening estimated to date, and a 25 basis point hike in December. Hatzius justified the estimate revision by Fed officials' words that "seem to imply that progress in curbing inflation has not been as uniform or as rapid as they would have liked."

Last July 27, the Fed raised fed funds rates by 75 basis points for the second consecutive time, confirming its fight against galloping inflation in the United States. With its second consecutive hike of 75 basis points, Powell & Co brought U.S. fed funds rates into the new range of 2.25 percent to 2.5 percent, a record high since late 2018. (Lna)