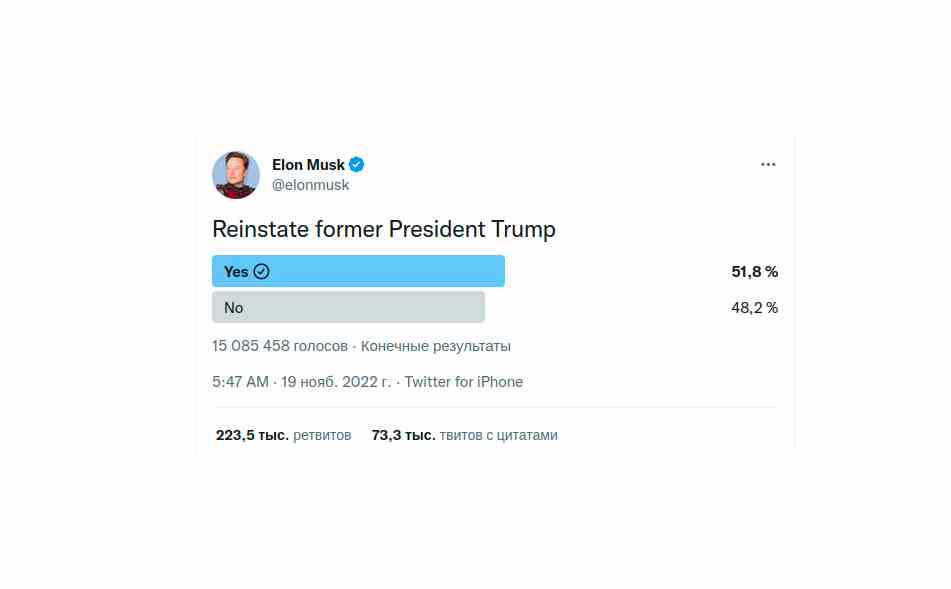 On 20 November, Musk restored former US President Donald Trump's Twitter account with the words "the people have spoken their minds, and the voice of the people is the voice of God".

In nearly two years of blocking, Trump's account had about 320,000 followers. After it was unblocked, the number rose to 2 million in a few minutes, but then plummeted to 1 million. Currently, Trump has 1.2 million followers. Trump has not yet commented on the event. 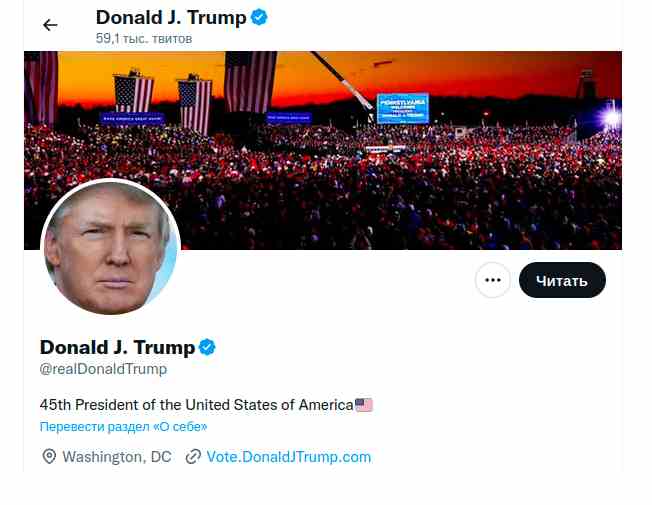 Judging by Musk's explanation, Twitter CEO was satisfied that the platform's servers have withstood the influx of new users and the return of many old participants of the social network, who had not been logged in online for a long time. He explained that 134 million users had viewed the survey information. Earlier, the media reported that service problems and platform failures were expected amid the departure of thousands of developers and engineers from the company.

On November 19, Musk offered a vote to restore Trump's Twitter account. More than 6.7 million users took part in the poll in the first seven hours. At the end of the vote, nearly 52% of the 15 million votes were in favour.

Twitter blocked Trump's account indefinitely on 7 January 2021 amid events at the Capitol building. Trump had more than 88 million followers.