Inflation ties the Fed’s hands in the short term, but price run could slow soon

Inflation in the US is falling, but less than expected, depressing the mood of investors. Indeed, the probability of a new maxi-rate hike by the Fed is strengthening. 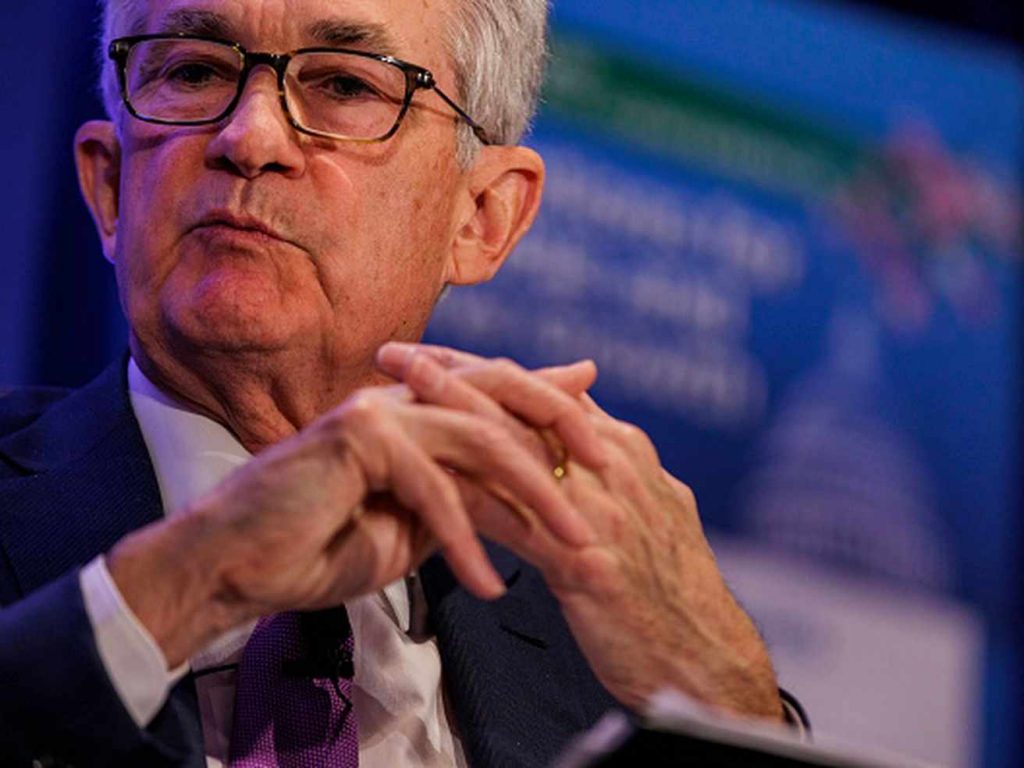 In the heat of the day, markets reacted badly to the Inflation Report, with the major Wall Street indices retreating about 2 per cent on expectations that the Fed would still be aggressive in raising rates.

"Gasoline prices trimmed overall inflation to 8.3 per cent year-on-year, but this was a smaller drop than expected as housing, medical expenses and vehicle prices boosted the benchmark rate to 6.3 per cent from 5.9 per cent. This strongly supports a 75 bp rate hike next week and the market now expects a terminal rate in the 4-4.25% range,' comments James Knightley, chief international economist at Ing.

What could slow the price run

At the same time, there are strong reasons for a sharp drop in inflation. "As the outlook for the housing market worsens, we expect house prices to fall over the next 6-12 months, which will help to depress the rental components (which make up a third of the inflation basket)," argues Knightley, who adds: "Meanwhile, supply chain improvements and lower used car prices will also be key factors contributing to slowing inflation next year. Add in weaker commodity prices, reduced margins and the effects of dollar strength and we still see a strong possibility of inflation reaching 2 per cent by the end of 2023."

US inflation scorching, even with energy turnaround. Powell's Fed forced to raise rates by 100 basis points?

Despite repeated US rate hikes, is Jerome Powell's Fed losing its battle against inflation? So it seems: after yesterday's figure, the impression is that the US central bank is going to have to slash the US economy far beyond what several economists have already feared.

In short, we are not there. And, as Chris Turner, global head of markets and head of research for UK & CEE at ING, and his colleagues Francesco Persone, FX Strategist, and Frantisek Taborsky, EMEA forex and fixed income strategist, also at ING, write, the spectre of Volcker is now at the doorstep of the US economy.

"Yesterday's release of the consumer price index, which remained stubbornly high in August, rekindled fears that the Fed will be forced to further weaken demand in order to bring inflation back to the 2 per cent target. This period in the global macro-financial cycle harkens back to what happened in the early 1980s, when Paul Volcker, responsible for what is known in the US as the Volcker shock, was at the Fed's helm. In an attempt to get the inflation genie back in the bottle, Volcker raised (US) rates to 15 per cent and was prepared to accept the side-effect of recession'.

Now, explain ING, "no one in the market believes that fed funds rates will rise above 10% anytime soon, but yesterday's inflation figure led markets to reprice the Fed's terminal rate from the previously expected 4% to 4.30%.

And Jefferies economists Aneta Markowska and Thomas Simons, commenting on the 'very stubborn' inflationary pressures in the core component of the figure, also spoke of a factor conditioning Fed expectations, leading traders to bet that a terminal rate of 4% 'will not be high enough'.

Jefferies economists accordingly bet on a repricing in expectations of the Fed's terminal rate from 4% to 4.5%.

Similar message from Pimco economists Tiffany Wilding and Allison Boxer, who believe that the Fed's own rate estimates, which will be released in the dot plot next week at the 20-21 September meeting of the Fomc (the Federal Reserve's monetary policy arm), will imply a terminal rate figure of 4.5 per cent, in the wake of this latest inflation figure, which Pimco has described as 'red-hot'.

But let us come to the details of the US consumer price index:

In August, US inflation growth as measured by the consumer price index slowed to an annual pace of 8.3%, compared to +8.5% in July. However, the weakening of the CPI index occurred at a slower pace than expected by analysts' consensus, who had forecast an increase of +8.1 per cent. On a monthly basis, headline inflation also rose by 0.1%, strengthening from July's unchanged figure and again exceeding estimates, which were for a 0.1% drop.

Core inflation further fuelled investors' fears, jumping 6.3% year-on-year in August, thus strengthening from July's +5.9%, and well above the estimated +6.1%; on a monthly basis, the core CPI index rose 0.6%, above the estimated +0.3% and double the previous +0.3% in July.

The reaction of economists was immediate as they prepared to update their rate outlooks. Nomura economist Rob Dent, in particular, wrote in a note that the inflation figure could raise 'the risk of monetary tightening by 100 basis points, although this is not the base case'.

In any case, the market according to Dent 'should consider the possibility of another 75 point rate hike in November'.

According to the CME Group's FedWatch trend, fed funds futures are pricing in a 75 basis point rate hike for the third time next week with a 100 per cent probability.

In particular, the S&P 500 index capitulated at its strongest pace since June 2020, i.e. since the darkest days of the Covid pandemic. Today, equities are recovering, in the wake of the US stock market's eagerness to recover currently certified by the futures trend.

ING experts pointed out that among the sharp market movements yesterday caused by the repricing of the Fed's rate cycle was the further inversion of the rate curve between the two-year and 10-year maturity.

Watch out in this regard for the boom in US two-year Treasuries rates, which jumped to a new record high since 2007.