Business books › Israel: with the victory of Netanyahu’s coalition the country veers to the right

Israel: with the victory of Netanyahu’s coalition the country veers to the right

With almost 90% of the ballots counted, the far-right coalition led by Bibi won 62 seats, i.e. a majority (there are 120 seats in parliament, the Knesset). His conservative party, Likud, would gain 33 seats. 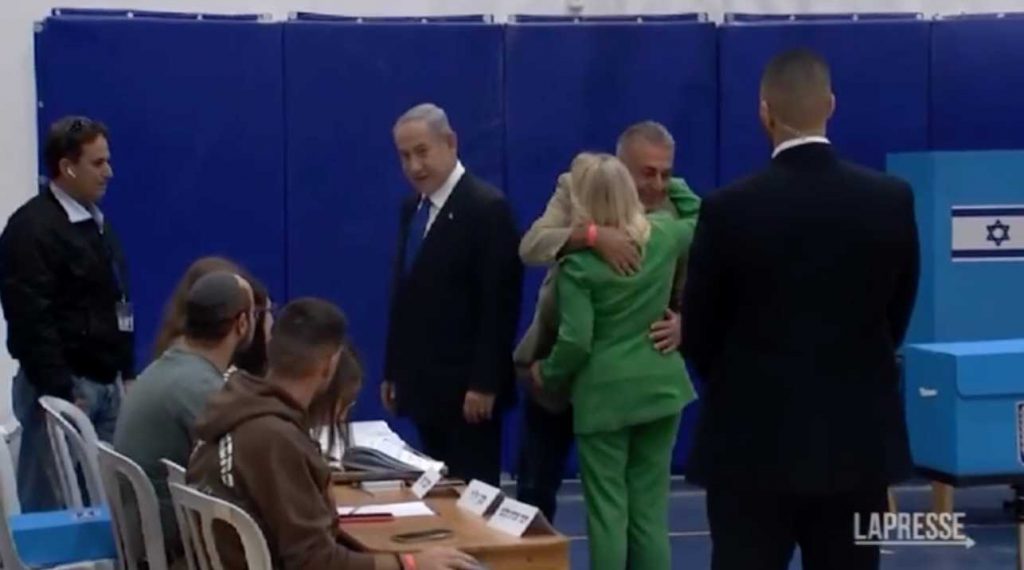 Last night, minutes after the exit polls were released, his supporters were chanting King Bibi! King Bibi! He, beaming but at the same time scoffing, defended himself. "I am not a king. I am not a king, but I am at your disposal'. He may not have the powers of the monarch, but in the art of politics, in the ability to rise again when everyone gave him up for dead, Benjamin Netanyahu, 73 years old, undisputed leader of the Conservative Party, has no rival.

The fifth election in three and a half years seems to have gone as the polls predicted. With almost 90% of the ballots counted, the far-right coalition led by Bibi won 62 seats, i.e. a majority (there are 120 seats in parliament, the Knesset). His conservative party, Likud, would gain 33 seats. The rival bloc led by interim premier Yair Lapid stopped at 53 seats. The interim premier's party, Yesh Atid, picked up 24 seats.

Five elections in 43 months is capable of disillusioning even the most passionate voter. Instead, the Israelis offered a great test of democracy. The turnout reached its highest in at least 23 years, approaching 70 per cent. And that is always a good sign.

The victory of the extreme right

Netanyahu knew perfectly well that, if he won this time, he would do so together with the extreme right in whose ranks extremist figures are militant, disliked even by several Likud MPs. Until a few months ago, anyone who had dared to predict the rise of Religious Zionism (the name is already a programme) to third political force with 14 seats would have been branded a man disconnected from reality, or a rambler.

On the other hand, who could have ever imagined that the star of this election, stealing the show even from Bibi, would be a man who has been indicted 47 times for incitement to racism, vandalism, riots, support for terrorist organisations, and convicted eight times?

Itamar Ben-Gvir, leader of the Jewish Power party, which together with two other extreme right-wingers, under Netanyahu's direction, merged into Religious Zionism, was instead the outsider of the last ten days. "I don't want to go into it. But it must be acknowledged that his messages were clear and transparent. And they catalysed many young people. Not necessarily traditional right-wing supporters. Even some from the left-wing Meretz party voted for him,' explained Avid Bushinsky, Netanyahu's former legal advisor.

Religious parties to the rescue

Perhaps the success of the parties of the orthodox religious, the haredi, a community that seems to live in a closed world, characterised by strict observance and the study of the sacred scriptures, was more predictable. Their turnout was very high, because throughout the day activists invited the inhabitants of the different districts where they live to go and vote for the parties indicated by the Chief Rabbi. Shas thus obtained 12 seats, while United Torah Judaism eight.

Labour is saved but the left still goes down

National Unity, the new party of Defence Minister Benny Gantz, who had challenged Netanyhu a few years ago with his Blue and White party, won 12 seats, according to forecasts.

Confirming how Israel is veering ever more strongly to the right are the results of the left-wing parties. Labour got only four seats. Few for what was historically the country's leading party. But as things stood, it was feared that they could not pass the 3.25 per cent threshold. It did not go well for Meretz, another historical party of the left. This time it did not make it.


The historic mistake of the Arab parties

Israeli Arabs, Palestinians with a Jewish state passport, are almost 20 per cent of the population. If their parties run united, as they did in the last election, they can create problems for right-wing coalitions. This year, however, they decided at the last moment to split. Result: two passed, with four and five seats, one (Balad) did not.

These are the figures so far from the polling stations. Lapid continues to hope. 'It will be a night that will last two days,' he declared yesterday.

But after these elections, things will not be the same. A government so far to the right Israel has never had in its 74-year history. Now it will have to be seen whether the coalition will turn into a governing majority, and whether in this majority Netanyahu will be forced to concede painful quid pro quos, which put the state's democracy at risk, or whether he will be able to manage the extremist ambitions of his allies in the name of governing an entire country. Netanyahu has three corruption trials on his shoulders. Ben Gvir has pledged to support the passage of a law to come to Bibi's rescue. Provided he becomes Minister of Public Security.

The premises are not very encouraging. Just after the data was released, a Channel 11 journalist last night put a question to Itzhak Waserlauf, the second man in Ben-Gvir's party: 'Left-wing people and Arabs are worried. What do you answer them? 'They should continue to worry. If good mornings are any indication….