Nasdaq has sent electric car maker Arrival a notice of non-compliance with stock exchange requirements because its share price is too low. If the shares do not rise in price within six months, the company will be delisted. 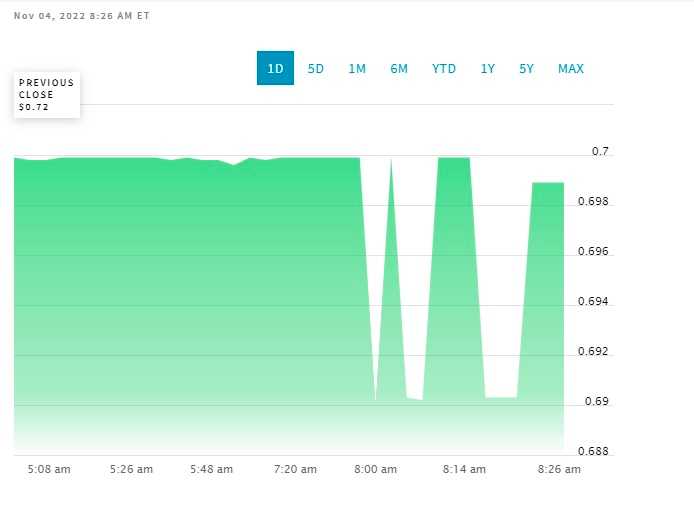 The deadline for Arrival is May 1, 2023. The company is required to keep its share price above $1 for ten consecutive days. If Arrival fails to do so by May, it could be granted an additional 180-day grace period if a number of conditions are met, after which it will face delisting if it fails to do so.

Arrival's share price was less than $0.7 at the time of publication. The electric car maker went public in March, offering its shares at $22 a share, after which they have been slowly declining.

Arrival earlier said it plans to restructure its business for the second time in six months and shift its focus from the UK market to the US. In addition, the company will cut some jobs. to save money. Arrival plans that the cuts and the move to the US will help it minimise its current operating losses and begin mass production of its branded electric van at the end of the year on earlier orders.

The company does not intend to leave the UK entirely. It will continue to fine-tune production processes at its microfactory in Bicester, England, for joint testing with customers and for component logistics.

At the end of September, Arrival announced the production of its first electric van in Bicester. Composite materials, proprietary technology and mobile robots were used to build the van instead of a traditional assembly line.

The head of Arrival stressed that this is the first time an electric van has been built in the company's facility using a new method, without using the usual assembly line. Although the van is planned to be used for testing and quality control and not for delivery to customers, its launch is an important milestone on the road to mass production, Arrival hopes.