Business books › Psychological barriers to success: what prevents us from building a career

Psychological barriers to success: what prevents us from building a career

Because of psychological barriers, we don't take on difficult tasks and we don't believe in ourselves. Let's figure out what we have to face and how to help ourselves. 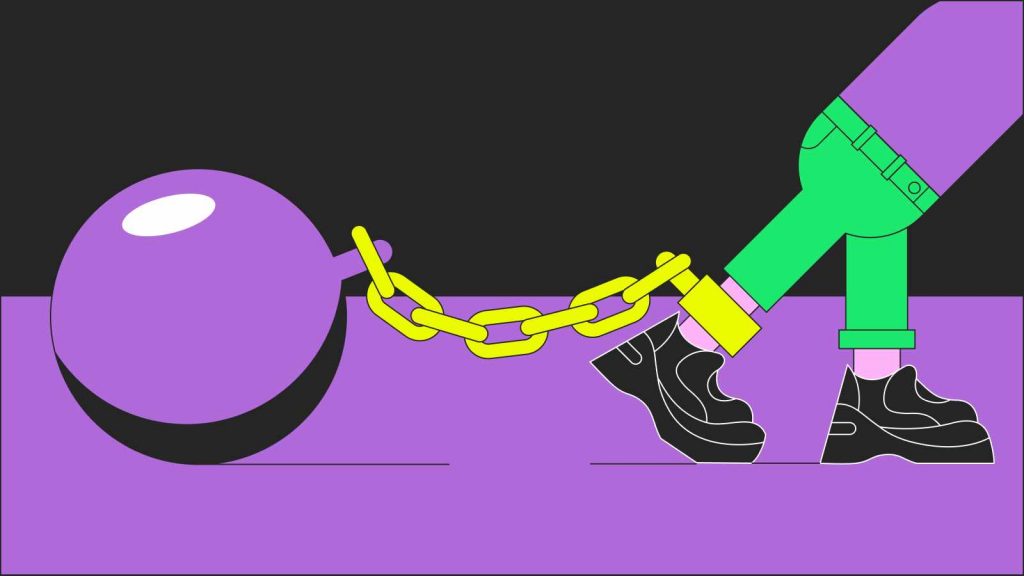 I can't do anything: learned helplessness

This is a condition in which a person ceases to see the link between effort and outcome and despairs of achieving anything. The main symptoms are:

Fear of starting something new and rewarding;refusal to take responsibility for what happens;inaction in a difficult situation;deliberately depriving oneself of freedom of choice;shifting blame to the world's injustices.

For example, we do not take on a difficult task because we have failed at a similar task before. We stop looking for jobs and going to interviews because we have received many rejections. We expect bad things all the time because we remember negative events in the past.

Learned helplessness is caused by:

exaggerated expectations of oneself;criticism from parents and lack of support in childhood;repeated mistakes and frequent failures;overemphasis on other people's failures;lack of faith in one's own success and new ideas.

Learned helplessness can lead to unhealthy pessimism, loss of control and increasingly poor performance at work.

To overcome learned helplessness, you need to learn to take responsibility for your actions and deeds and constantly remind yourself that your successes are deserved. And failures 一 are lessons that will help you become a better person.

Don't rely on other people's negative experiences: if someone else has failed, it doesn't mean the same thing awaits you.

It is a psychological phenomenon in which a person, when exploring an area, considers the first object he encounters to be the best. He likes the ones that come after that much less. For example, all his life he remembers 'that' ice cream from his childhood or his first boss, even if he was a bad manager.

The syndrome got its name from the work of Austrian scientist Konrad Lorenz, who studied goslings. The goose takes the first moving object it sees as its mother and begins to follow it. In doing so, the 'mother' may be another bird, a person or even a car.

aversion to new things;lack of critical judgement about familiar things;saying things used to be better.

Duckling syndrome threatens to leave the person stuck in a situation that will reduce their quality of life, but they don't want to change anything. For example, he stays in his old job, although the pay is low, his responsibilities keep growing, and there are no prospects. Or he or she refuses a promotion because he or she is sure that the new position will be worse.

To overcome the duckling syndrome, you first have to recognise the problem. Take small, safe steps towards new opportunities. Try to analyse all your judgements to see which ones are caused by attachment to the past and which ones are really objective.

I'm good at nothing: Impostor syndrome

This is a phenomenon in which a person does not believe that they have achieved something because of their work and talent, and attributes everything to coincidence and luck.

The main symptoms are:

The phrases "I just got lucky!" or "Soon everyone will realise I'm not that clever at all".Fear of taking on difficult tasks because of a feeling of lack of knowledge and skills.Self-depreciation of their achievements.Feeling uncomfortable when you are praised.

For example, if a person with imposter syndrome thinks about changing the field of activity, he will prepare for a long time, read books, take courses. But he will hesitate to take the first step because he feels he is not qualified.

Imposter syndrome is caused by:

Perfectionism;constant comparisons of one's achievements with others;situations where parents have taken their children's successes for granted and have not praised them.

Impostor syndrome prevents you from moving forward because you are always living with the feeling that you are about to be exposed and everyone thinks you are a fraud and do not deserve to succeed.

In order to overcome impostor syndrome, you must learn to celebrate your achievements and praise yourself. Don't focus on mistakes, though: they happen, and this is an opportunity to become stronger and better. Objective assessments from experts you trust also help, 一 ask them to assess your work so you can stop doubting it.