Business books › Rates, Fed and inflation. Steven Roach’s alert on US GDP: ‘a miracle’ to avert a recession

Rates, Fed and inflation. Steven Roach’s alert on US GDP: ‘a miracle’ to avert a recession

Word from Steven Roach, former chairman of Morgan Stanley Asia, among the most heard voices in the world of finance, senior professor at Yale University and former economist at the Federal Reserve: the U.S. needs "a miracle" to avert a recession. According to Roach, the truth is that the U.S. economy would have no way out, and the negative growth reported in the first half of 2022 could be confirmed as just the beginning of a crisis that could last until 2024. And of course America would not be an isolated case: in fact, the economist predicts a global recession. 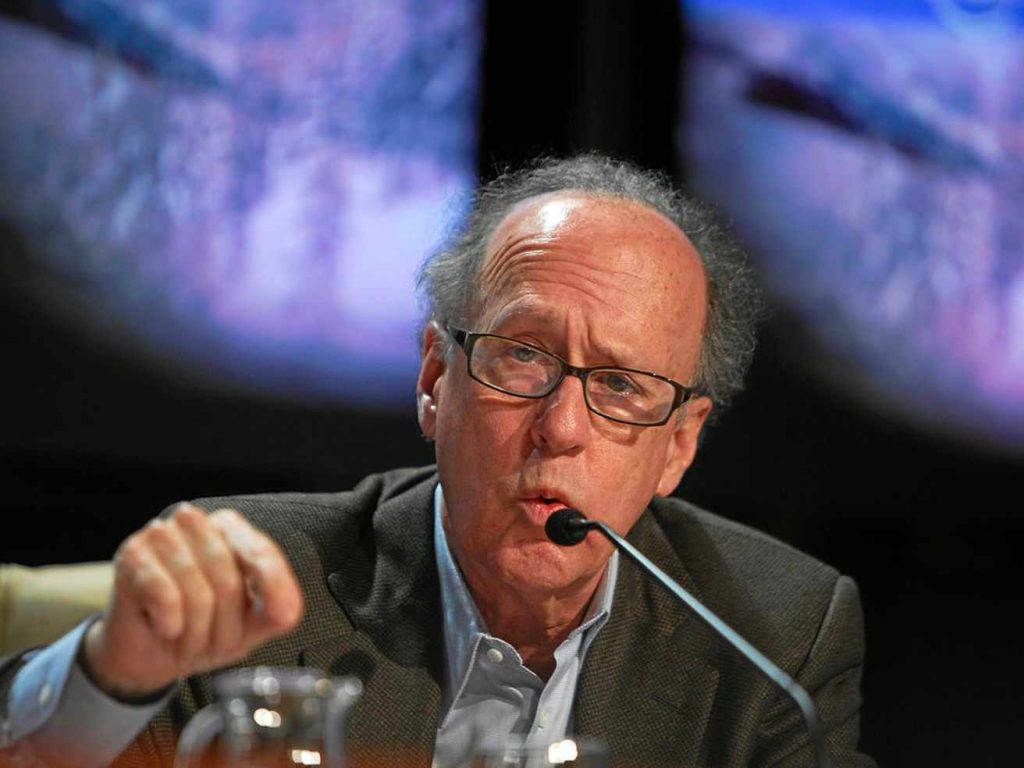 Returning to the U.S., according to Roach, Fed number one Jerome Powell's hands would be tied to the point that, in order to blaze inflation, he will end up being forced to adopt the approach of his predecessor Paul Volcker, who raised rates aggressively in the early 1980s to combat the persistence of the price boom.

Look back at the kind of suffering that Paul Volcker was forced to inflict on the U.S. economy to root out inflation. He was forced to raise the unemployment rate to over 10 percent."

But is there a way that avoids the Volcker shock, as it has also been called?

"The only way that it doesn't get to that point is an attitude of the Fed, with Jerome Powell, holding true to his word, therefore staying focused on discipline and taking that real fed funds rate into restrictive territory. Restrictive territory that's a long way from where we are right now," Roach sentenced.

Roach: unemployment rate will rise to…

It must be said that, so far, the U.S.-made unemployment rate is showing definite resilience, remaining at 3.5 percent, the lowest since 1969, despite the sharp rate hikes ushered in by Jerome Powell's Fed.

Of course, we still have to wait for the numbers that will be released this week, Friday, September 2, when the U.S. Labor Department will release the employment report for August. In any case, Roach believes that the U.S. unemployment rate is set to point upward.

"It probably needs to rise above 5 percent, and hopefully not much higher. It could go as high as 6 percent."

Then again, with his Jackson Hole speech proffered last week, Powell did not sugarcoat that the Fed's monetary tightening may be such that it will cause some pain to the U.S. economy and the labor market.

According to Roach, the key moment will come with the capitulation of U.S. consumers to the scourge of the cruelest tax they are facing: that of inflation. That capitulation will trigger a reduction in consumer spending, which will reverberate throughout the U.S. economy, precisely creating pain in the labor market.

"We will see a cumulative downturn in the economy (U.S. GDP) of about -1.5%/-2%. And the unemployment rate will have to rise at a minimum by 1-2 percentage points," prophesies Steven Roach.

"This will be a widespread recession."

In all this, the impression is that the financial markets, particularly U.S. and world equities, have indeed taken a big blunder. A clear warning had been issued, among other things, in early August by Goldman Sachs itself, which had spoken of the risk of a premature bet, which would have a boomerang effect.

So much so that, in commenting on Wall Street's dire reaction to Powell's speech, Rod von Lipsey, managing director of UBS Private Wealth Management, put it this way in a note reported by Cnbc:

"Investors are realizing that the Fed is serious about its goal of reducing inflation, even though recent data seem to suggest that inflation is beginning to decline. We believe the summer market rally was short-lived, and we continue to recommend that investors remain selective and focus on defensive sectors of equities such as health care and dividend-paying stocks."

Staying on the subject of seriousness, the Minneapolis Fed president even said he was pleased with how the U.S. stock market reacted to Powell's speech. On Bloomberg's Odd Lots podcast, Neel Kashkari admitted this: "I was actually pleased to see the way Powell's Jackson Hole speech was received by the president. People now understand the seriousness of our commitment to get inflation back to 2 percent."

In last Friday's session, all three benchmark U.S. stock market indexes--Dow Jones, Nasdaq Composite and S&P 500--lost more than 3 percent after Powell assured at the annual symposium in Jackson Hole that the fight against inflation will continue with further rate hikes.

The Fed: brutal selloff that has raged against Wall Street led the Dow Jones to slump 1,008 points, just over 3 percent, suffering its worst session since May. The S&P 500 and Nasdaq Composite reported thumps of 3.4 percent and 3.9 percent respectively last Friday, ending the worst session since June.

And yesterday the US stock market fell again. In addition to expressing 'satisfaction' with the market's reaction, Kashkari said the Fed will continue on its restrictive monetary policy path "for some time" in order to halt the surge in inflation, which is traveling at a pace three times higher than the U.S. central bank's target of 2 percent.

Kashkari also recalled that, "certainly, I had not been thrilled to see that the stock market had reacted with a rally after our last Fomc meeting."

The reference is to the rally that Wall Street reported immediately after the Fed announcement, which followed the July 26-27 meeting of the Fomc, the monetary policy arm of the U.S. central bank.

On that occasion, monetary tightening was 75 basis points for the second consecutive time, and brought U.S. fed funds rates into the new range of 2.25 percent to 2.5 percent, a record high since late 2018: together, the June and July monetary tightening represented the largest consecutive rate hikes since the Fed began using overnight rates as its main monetary policy tool in the early 1990s. And it may, indeed, be just the beginning.