Business books › The era of the employee influencer, the hidden treasure of brands

The era of the employee influencer, the hidden treasure of brands

Iulm research reveals that for stakeholders, the behaviour of a company's employees is considered authentic, so many companies value their staff as testimonials

"Today, internal communication is like a Rubik's cube. It has a multitude of facets. With social media everything has become more difficult because employees also become protagonists themselves'. Thus Adrienne Hoyt, head of internal communication at Cnn. Never before has internal storytelling been linked to the multiplication of digital channels in a hybrid context that breaks down the boundaries of organisations. We are in fact in a new era marked by the hidden power of employees, who become true influencers. 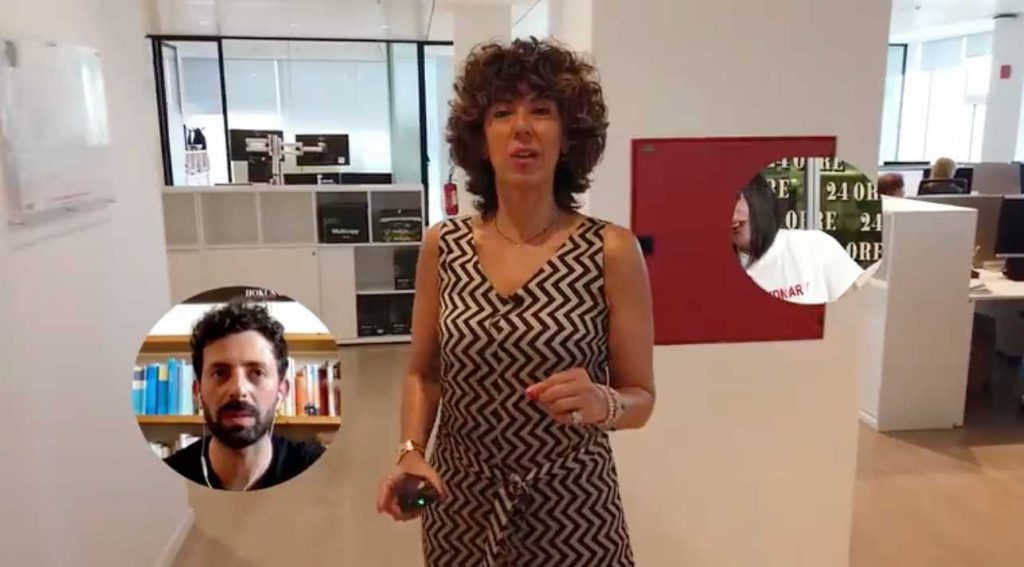 A treasure that can increase a company's reputational reach. It is no coincidence that communication has become increasingly strategic for business plans as well as for positioning. In America, a recent survey by Staffbase involved 1,600 internal communication professionals. For 69% of the sample, the work has become more relevant in their organisation.

It is no coincidence that Mark Zuckerberg, among the first actions taken with the rebranding to Meta, turned employees into Metamates. The name was coined by Douglas Hofstadter, a professor of cognitive science at Indiana University. And it was Andrew Bosworth, Facebook's Chief Technology Officer, who recounted on Twitter how the slogan refers to a phrase used in shipping.

'Customers don't come first. Employees come first. If you take care of your employees, they will take care of your customers'. So said Richard Branson, head of Virgin. This is not new. It was economist Philip Kotler who bet on this narrative as far back as 1972. He argued that marketing had become relevant for all companies in their relations with internal audiences, not just customers. But today, between social and video streams, how do we incorporate those employees who have become influencers into the flow of communication?

"From our continuous monitoring," Mazzei adds, "it emerged that this communication has become more concrete, showing immediate usefulness, more timely in responding to needs, more authentic because there was no room for celebratory and ritualistic communication, more consistent with external communication by blurring differences. These characteristics are the sign of a path towards the consolidation of the internal communication function and the affirmation of its strategic role. The partial or total re-entry,' still analyses the director of the Observatory, which aggregates some fifteen of the largest Italian companies (Campari, Cromology, E.ON, Edison, Eni, Unipol, MM, Sanofi, Sella, Snam, Takeda, Unicoop, Vodafone and Whirlpool), 'is bringing out the worksphere, a work environment supported by digital technologies. In this context, active participation is crucial for the resilience of the system because more technology requires a relational fabric and widespread involvement'.

'Official communication sources,' warns Mazzei, 'suffer from a strong credibility crisis. The official voice of companies retains great importance, but it is crucial that the entire system makes its voice heard, especially by enhancing the channel of interpersonal communication networks. Internal ambassadors enhance all the potential of personal communication: the capillarity, the credibility of first-hand testimony, the creation of engagement in those directly involved'.

After all, if the formal organisation is the skeleton, informality is the central nervous system that drives the collective thought processes, actions and reactions of its business units: so wrote David Krackhardt and John Edwin Hanson of Carnegie Mellon University.

But beware. Every rose (even on social media) has its thorns. Thus, internal influencers can even sabotage organisations, undermining them in a formal way. "They can increase complexity and, should they decide to leave, cause a snowball effect that is difficult to manage," says Alex Bourgeois, one of the first bloggers oriented towards internal marketing.

Then there is another relevant phenomenon. And it is related to external influencers entering companies. The divorce between Adidas and Kanye known as Ye, who entered the sportswear brand's payroll as a designer and was sent away after his anti-Semitic comments, is a recent event. "It is important how ambassadors are identified: they can be volunteers or they can be identified and invited by the company.

The choice depends on the specific situation. Certainly it is important to create a rotation so that this experience can be shared by as many people as possible. Then there is the issue of inclusion: building an ambassadorship programme is an opportunity to give space to professional families who have no opportunity for visibility and in general a way to help build a climate of voice and free expression. "But any attempt to reduce everything to a way of conveying pre-packaged and piloted messages would negate the effectiveness," Mazzei concludes. Also because it is a short step from putting one's face to losing it, and on social media it is even shorter.