TSMC to ramp up investment in its US operations to $40bn

Taiwan's TSMC has announced plans to increase funding for its Arizona facilities to $40bn. The 4nm chipmaking plant will launch in 2024. 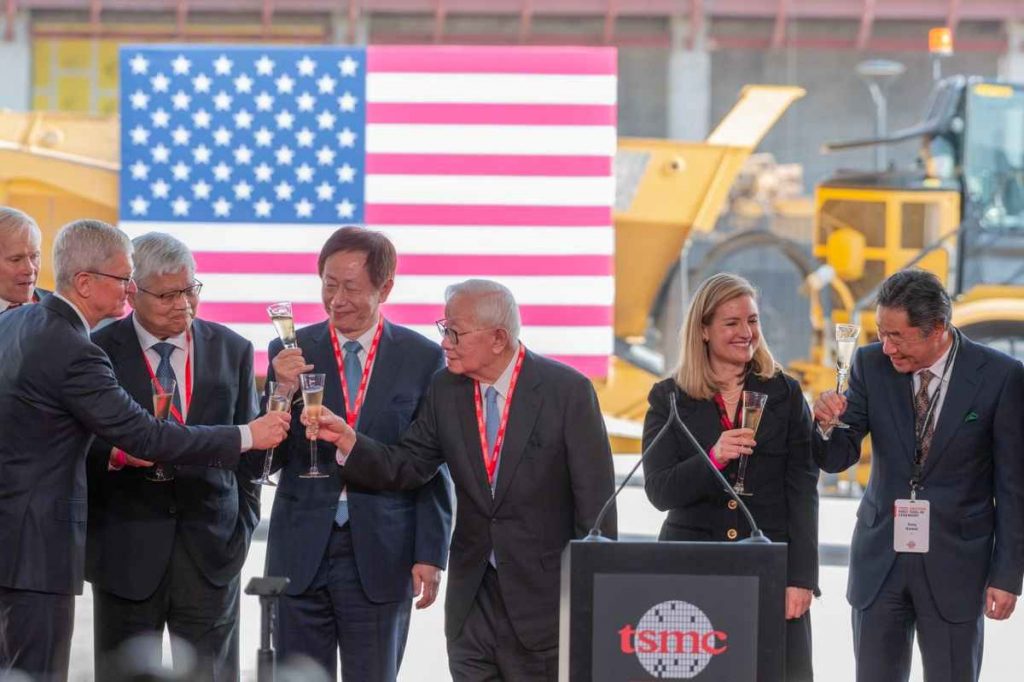 The company has also started building a second plant in Arizona. The plant will produce products using the 3-nm process from 2026. The $40 billion investment is the largest in the state's history and one of the largest in the United States.

TSMC promises to create 20,000 jobs, including 4,500 at the company. Once completed, both facilities will produce more than 600,000 wafers per year.

An industrial water reclamation plan is in place for the Arizona plant, which will allow TSMC to achieve near-zero liquid discharges once the plant is completed. Company chairman Mark Liu said the US facilities will be a base for semiconductor innovation.

He made the announcement during a ground-breaking ceremony to mark the delivery of the first batch of chip-making equipment. The event was held in Phoenix and was attended by TSMC founder Morris Chang and CEO Xi Xi Wei. Among the guests were US President Joe Biden, US Secretary of Commerce Gina Raimondo, Arizona Governor Doug Ducey, Phoenix Mayor Kate Gallego, Apple CEO Tim Cook, AMD President Lisa Su and Nvidia CEO Jensen Huang.

Xi Xi Wei noted that the Arizona manufacturing project demonstrates the alliance TSMC has formed with customers, suppliers and partners to further collaborate and drive innovation.

In the summer of 2022, the company completed the main phase of construction of its first facility in Arizona.