Twitter is relaunching a Twitter Blue subscription with phone verification from 12 December. The service will cost $11 a month for iOS customers to offset a 30% commission from Apple, or $8 when signing up on the social network's website. 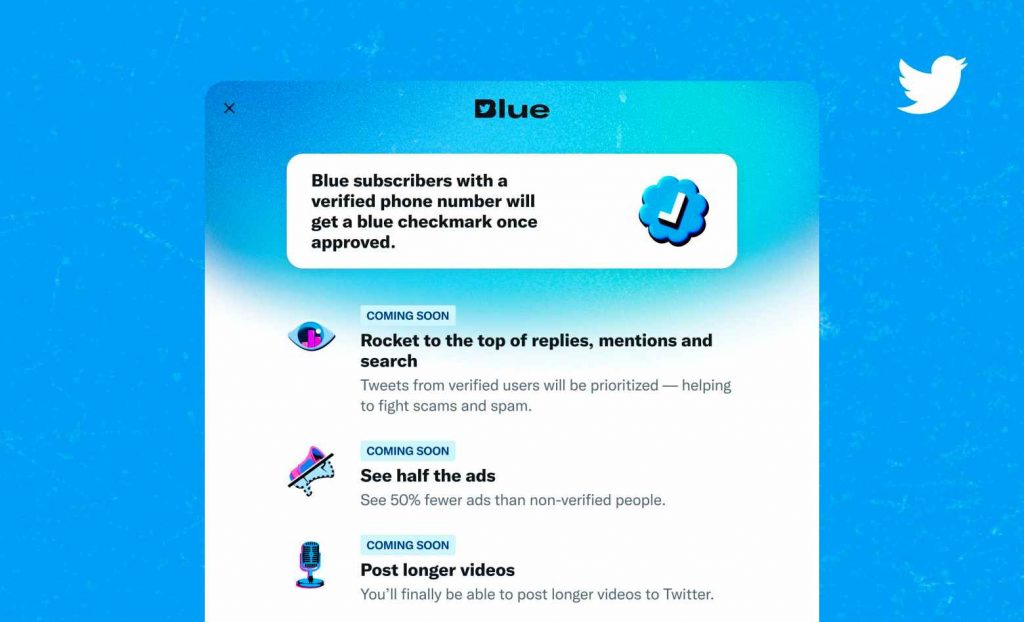 Twitter explained that in addition to the blue tick after checking the account, a Twitter Blue subscription will give the ability to edit posts, upload 1080p videos, and access reader mode. Users with Twitter Blue will also see half as many advertisements, will get priority in replays, mentions and searches and will be able to publish long videos and audio.

Twitter explained that the company has added the requirement to verify the user by phone number in order to combat bots and avoid situations where a user is impersonating another person.

Twitter said it intends to introduce golden verification ticks for companies and grey ticks for government and multilateral accounts.

Twitter CEO Ilon Musk has promised that additional features and options on the platform will soon be available to users of the Twitter Blue subscription, but did not disclose which ones. Earlier, Musk said that Twitter had almost completed work on removing the 280-character limit for tweets.

Earlier, Musk criticized Apple for the amount of commission and said that the company intends to remove Twitter from the App Store. After a meeting with Tim Cook, Musk admitted that he had received no such threats. The media also reported that Musk himself delayed the launch of the paid subscription as he was trying to avoid the commission in the App Store.