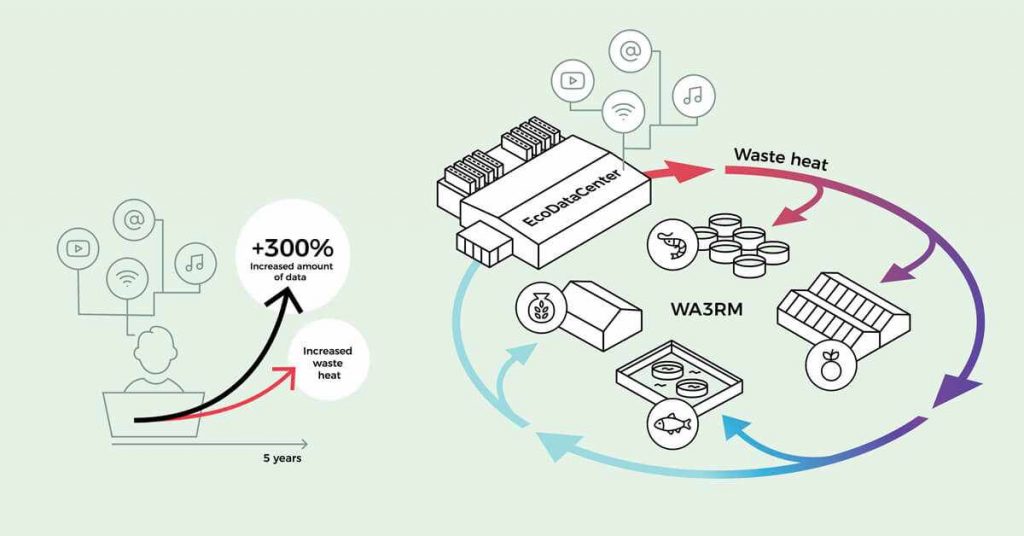 In fact, the companies intend to set up experimental sites. They will set standards for growing vegetables and aquatic life on an industrial scale.

Wa3rm notes that data centres are underutilised and have huge potential for biosystems. According to the company, such projects will help Sweden to become self-sufficient in some food production.

The first joint project between DataCenter Dynamics and Wa3rm will be announced in the near future.

In 2015, Swedish companies Falu Energi & Vatten and EcoDC AB launched the world's first zero-impact data centre. The EcoDataCenter is powered by equipment from Schneider Electric, which will ensure that energy-efficient solutions are incorporated into the facility's infrastructure. It is located in the city of Falun next to a power plant that is already connected to the local energy system.

In February, research institutes in Sweden began testing a compact data centre in the city of Luleå. The data centre is powered by fuel cells, whose excess heat will be fed into the local district heating system. Hydrogen is used as the fuel.

There are also projects around the world that use data centre energy.

In Japan, surplus heat from a data centre is used for a farm that breeds eels.

In Iceland, data centres give away excess heat to nearby towns.

The Norwegian government is developing a strategy to recycle data centre heat for the benefit of society. For example, data centre operator Green Mountain has contracted with Norwegian Lobster Farm to heat a lobster farm.

In the Netherlands, OSR vendor ITRenew has teamed up with local hosting provider Blockheating to provide heat from data centres to thousands of hectares of tomato greenhouses.

Microsoft in 2022 announced a new data centre for the Finnish capital, whose waste heat will be distributed to heat homes and businesses.