Not just California: a third of U.S. states could ban gasoline cars

On July 26, 1943, a rumor spread in Los Angeles: the Japanese had attacked the city with gas. It wasn't true. As journalists Chip Jacobs and William J. Kelly wrote in the book Smogtown, "a beast impossible to put down had spread its poison in the waking downtown." The beast was smog. The mayor promised to solve the problem in four months. However, in 1970, seven years after the passage of the Clean Air Act, the most important U.S. climate law, the problem was still so severe that the government authorized California to adopt special measures that were more stringent than those in the rest of the country. Since 1977, other states have been able to choose to comply with California standards instead of federal standards. 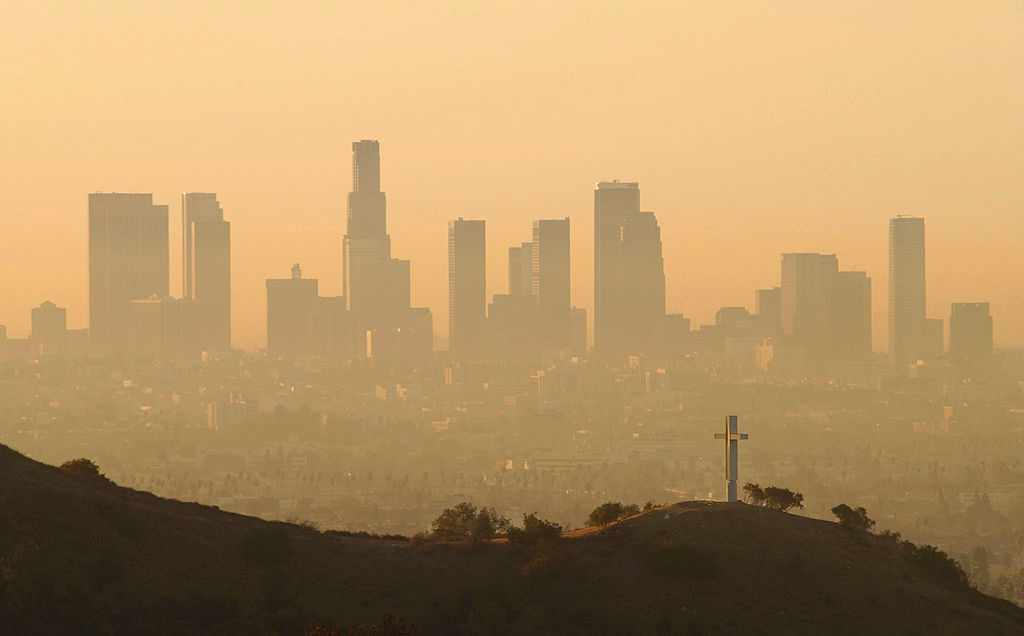 Since then, California has often been a trailblazer in America on environmental issues. The same could happen now with the rule banning the sale of gasoline-powered cars from 2035, passed last week. A measure that 16 states plus Washington, D.C., the capital, could comply with. That is, according to the New York Times, one-third of the U.S. automobile market.

Massachusetts and Washington already have so-called trigger laws (literally, 'trigger laws'): regulations that go into effect automatically when certain circumstances occur. In other words, whenever California imposes stricter limitations on carbon dioxide emissions, the two states comply (details of last week's measure, Advanced Clean Cars II, are available at this link). In March, Washington state lawmakers, Abc recalls, had even set a goal as early as 2030 to sell only zero-emission cars.

A few days ago Virginia also let it be known that a state law, passed in 2021 by a Democratic majority, requires it to match California's standards. Over the past year, Republicans have won the state House, but have not yet succeeded in repealing the law.

Last year, New York Governor Kathy Hochul also signed a law making the sale of only zero-emission cars by 2035 "a state goal." The same law set a similar goal for heavy-duty trucks by 2045.

States will not need to seek the green light from the federal government. As the U.S. Environmental Protection Agency said, adoption of new rules does not need approval, as long as the standards are identical to California's.

As the New York Times writes, 17 states governed by the Republican Party have filed a lawsuit to revoke California's authority to set different rules from the rest of the country. West Virginia's attorney general, in particular, called it "favoritism" that "violates the principle of the equal sovereignty of all states."

The position is shared by Donald Trump, who, during his presidency, had taken away California's authority to set its own standards. The Biden administration restored it and approved a 370 billion investment and tax credit plan to encourage clean energy.

The same Nyt article also points out that plans to move away from gasoline-powered cars today run up against the still very high prices of electric cars. Liane Randolph, president of the California Air Resources Board, the authority that approved Advanced Clean Cars II, admitted that "not everyone will buy new, very expensive cars. But we know prices will come down in the future."

Recently, General Motors announced that it will put its Bolt sedan on the market for $26,600. However, according to Kelley Blue Book (Kbb), a research firm specializing in the automotive industry, the average price of a new electric car in the U.S. in June was $66,000, partly because of Tesla's high market share.

A company that 16 years ago claimed it wanted to build "a low-cost family car," but today, by the admission of its own CEO, Elon Musk, has "embarrassing prices."

For Newsom, however, the rise in gasoline prices following the Russian invasion of Ukraine highlights the need to "move away from petro-dictators and dependence on the oil market." The new state regulation, proponents argue, should reduce carbon dioxide emissions from passenger vehicles by more than 50 percent. An amount that corresponds to that produced by burning 915 million barrels of oil.

Infrastructure in the United States

John Bozzella, president of the Alliance for Automotive Innovation, an organization that brings together large U.S. automakers and others, told The Nyt that "the ability to meet the goals set by California is linked to external factors, such as inflation, charging and refueling infrastructure, supply chain, labor, availability and price of critical minerals, and semiconductor shortages."

According to Kbb, the measure adopted by California is not, in fact, "as aggressive as it sounds." And not only because the direction of policy in the rest of the world is also similar-the European Parliament and ministers responsible for the environment of EU states, for example, have approved a stop to the sale of diesel and gasoline cars in 2035, and countries such as Great Britain and Canada have also declared similar goals. In fact, the major automakers have already established tables to switch to producing mainly electric cars in the coming years.

Among the major U.S. manufacturers, General Motors intends to make only electric cars starting in 2035 and last month made it known that it plans to install two thousand charging points in the United States. Ford will invest $50 billion on electric by 2026. Stellantis, owner of brands such as Dodge and Chrysler, expects to launch 75 new battery-powered models by 2030 and predicts that in the same year 100 percent of its European sales and 50 percent of its U.S. sales will be electric cars.

The trend is the same elsewhere. Last year Mercedes, for example, announced that it plans to produce only electric cars starting in 2030. Honda has set the same goal for 2040. Toyota will invest 13 billion in car batteries in 2021, while the Renault-Nissan-Mitsubishi alliance will spend 23 billion on 35 new electric models.

According to Reuters, less than 1 percent of the cars on American roads today are electric. Market share, however, is growing. The International Energy Agency has calculated that global sales of electric cars have tripled in the past two years. In the United States, Kbb found that in the second quarter of 2022, 5.6 percent of cars sold were electric. A share that represents an all-time high and could be significant for other reasons as well.

As Bloomberg research has shown, electric car adoption does not happen linearly, but accelerates when a critical threshold is reached. And that threshold, based on an analysis of markets in 18 countries, appears to be precisely 5 percent. As early as 2025, as a result, electric's market share in America could reach 25 percent.

"Most successful new technologies-electricity, television, cell phones, the Internet, even LED light bulbs-follow an S-curve," the study explains. "Sales grow with difficulty in the early stage, then with surprising rapidity as the novelty becomes more common. (The top of the S-curve represents the last pockets of resistance, that is, those who, for example, refuse to give up their folding phones.)"

The trend looks much the same everywhere. "The adoption curve followed by South Korea from 2021 looks a lot like the one undertaken by China in 2018, which in turn is similar to that of Norway after the first quarter at 5 percent in 2013." Not least because "obstacles are common to all: the lack of public charging points, car costs and limited availability, and lack of knowledge. When the top 5 percent lead the way, the masses follow." As a Kbb study concluded, "people start buying electric cars at a faster rate when they see more of them on the road."