The U.S. has developed an ambitious project to build floating wind farms

The U.S. government has developed a project for the construction of floating wind power plants, which, according to calculations, will be more efficient than traditional stationary turbines. It is planned that by 2035 there will be 15 GW of capacity at depths of more than 60 m, reports The Verge. 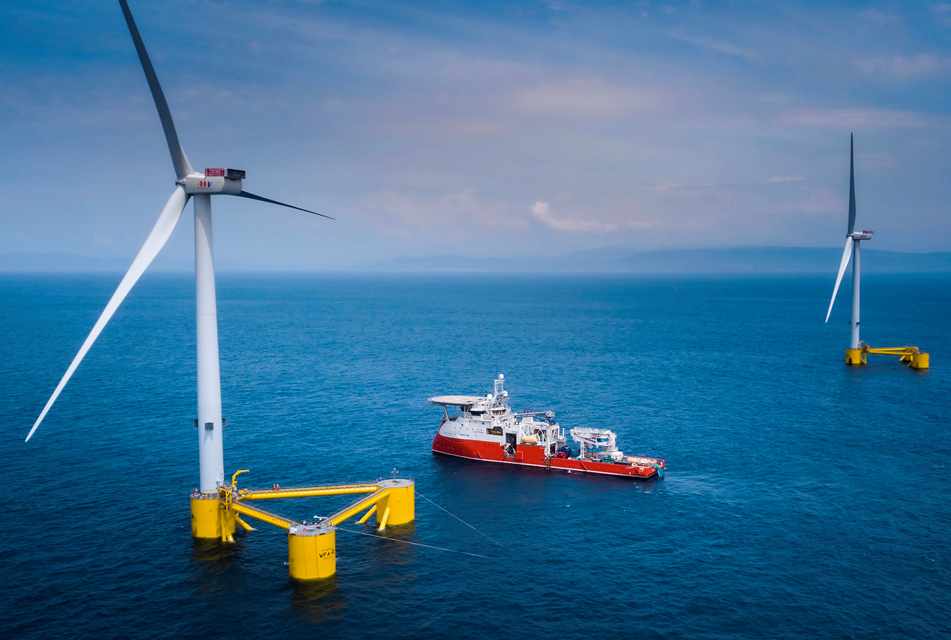 Stationary power stations can be built up to the depth of 60 m, whereas the major part of usable sea wind resources falls on the areas with depth of 60 m and more. We are talking, in particular, about the areas along the southern coast of Oregon and the northern coast of California, said the Governor of Oregon Kate Brown.

There are plans to deploy 15 GW of floating offshore wind farms by 2035. According to the U.S. Department of the Interior, this amount of energy will be enough to power 5 million homes.

The Department of Energy will allocate almost $50 million for research and development of floating power plants, and the Department wants to deploy the first auction for power plants by the end of 2022. At the same time, floating wind farms will supplement stationary, rather than completely replace them: in the plans of California by 2045 to deploy 25 GW of wind installations, and part of this capacity will account for stationary.

At the same time, the U.S. Departments of Energy, Interior, Commerce and Transportation will develop a project called the Floating Offshore Wind Shot, which aims to reduce the cost of floating offshore wind power by 70%. The agencies will push for the technology's cost to drop to $45 per MWh by 2035. By comparison, in 2021, the average cost of energy from stationary wind farms was $84 per MWh.