Ray Dalio is leaving Bridgewater and giving up his voting rights

Ray Dalio, billionaire founder of Bridgewater Associates, has resigned from his position as co-chief investment officer, also selling the majority stake he held in the world's number one hedge fund, with assets under management worth $150 billion. It was the hedge fund itself that announced this yesterday afternoon, adding that Dalio, while selling his majority stake in Bridgewater, will remain a 'significant' presence within the hedge fund. 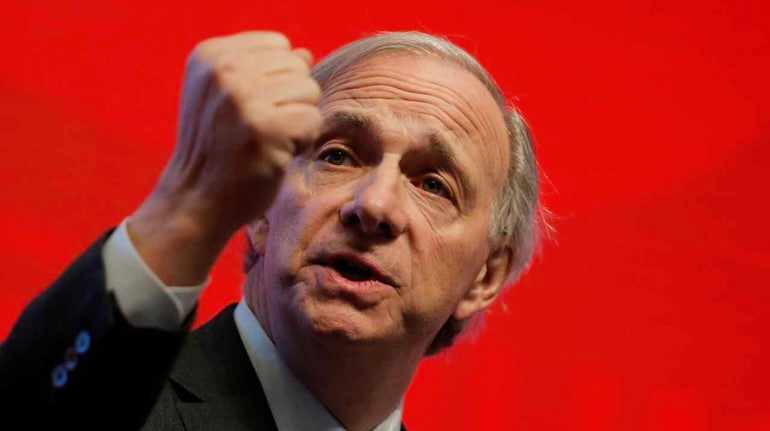 "It's part of the natural course of events: the moment we were ready, we proceeded," Dalio commented in an interview with Bloomberg, which was the first to report the rumours, before Dalio himself confirmed them in a series of tweets.

Regarding the decision to leave the CIO position, the explanation was as follows: 'I didn't want to be there until I died'.

Ray Dalio thus resigned from his position as co-cio (chief investment officer), a role he had held since 1985, at the same time handing over his voting rights to the board of directors on 30 September, thus preparing the company's succession plan.

The investor will not leave the hedge fund, however, continuing to advise Bridgewater Associates' co-chief financial officers Bob Prince and Greg Jensen, as well as the entire investment committee. Dalio will also be on the board as a senior investor. In short, that phrase 'I didn't want to hold on until I died' refers to the position of co-chair, not to his more general role as a pillar of the fund. Indeed, the financier added that 'the hope is that, until I die, I will continue to be a mentor, an investor, a board member of Bridgewater, because I and others love doing these things together. It's a dream come true," said Ray Dalio, one of the most heard voices in the world of high finance, and beyond.

Ray Dalio, 73, founded Bridgewater in 1975. Since then, he has held various positions, primarily those of CEO (chief executive officer), chief investment officer, and chairman. He stepped down as CEO in 2017 and as chairman at the end of 2021. But it was many years earlier that the billionaire investor had been mulling over a transition plan for his Bridgewater, at least since 2010.

Many and frequent pieces of advice were given to investors. Among the most recent was one a few hours ago in which he basically said that 'cash is not trash anymore'.

In the last few hours, Dalio has also congratulated British Prime Minister Liz Truss on her reversal on the abolition of the tax rate on the highest incomes. In recent days, Dalio himself had criticised Truss, pointing out that you cannot make wealth by running up large deficits because a country needs lenders willing to own that debt. In mid-September, the Bridgewater founder had come to the fore with his alarming predictions on US rates, the Fed, and inflation.

Ray Dalio and his comment on the 'Mario Draghi affair

A keen observer of economic and political dynamics around the world, Dalio had also had his say on the Mario Draghi case, as he called it, in the midst of the government crisis that culminated in the resignation of the Prime Minister and the general election on 25 September.

Bridgewater is best known in Italy for its big short bet against Piazza Affari, launched just before the 2018 general elections.

It is worth remembering the 17 stocks in Piazza Affari that ended up in the crosshairs of Dalio's hedge fund, including banks Intesa SanPaolo, UniCredit, Banco BPM, and heavyweights from other sectors, such as Eni and Enel.

Those short bets also provoked the reaction of Carlo Messina, number one of Intesa SanPaolo, and Davide Serra, ceo of Algebris.

Ray Dalio and his aphorisms on life and success

Several of Ray Dalio's aphorisms appear on the page of the Bridgwater Associates website dedicated to him.

Phrases that sum up Dalio's approach to investments, but also to life in general:

"Life is a journey to know your true nature and find the right path consistent with it.""Reality works like a machine. Everything we encounter is the result of a cause-and-effect relationship'."Being explicit about your principles and putting them to the test improves your decision-making processes.