Wall Street was uncertain after its historic rally on the eve of yesterday's session, when it closed on a strong rally after a thud following the release of the US inflation figure for the consumer price index. The S&P 500 index notably fluctuated during yesterday's session within the widest trading range since March 2020, while the Dow Jones rebounded more than 1,300 points from intraday lows tested in the previous hours. 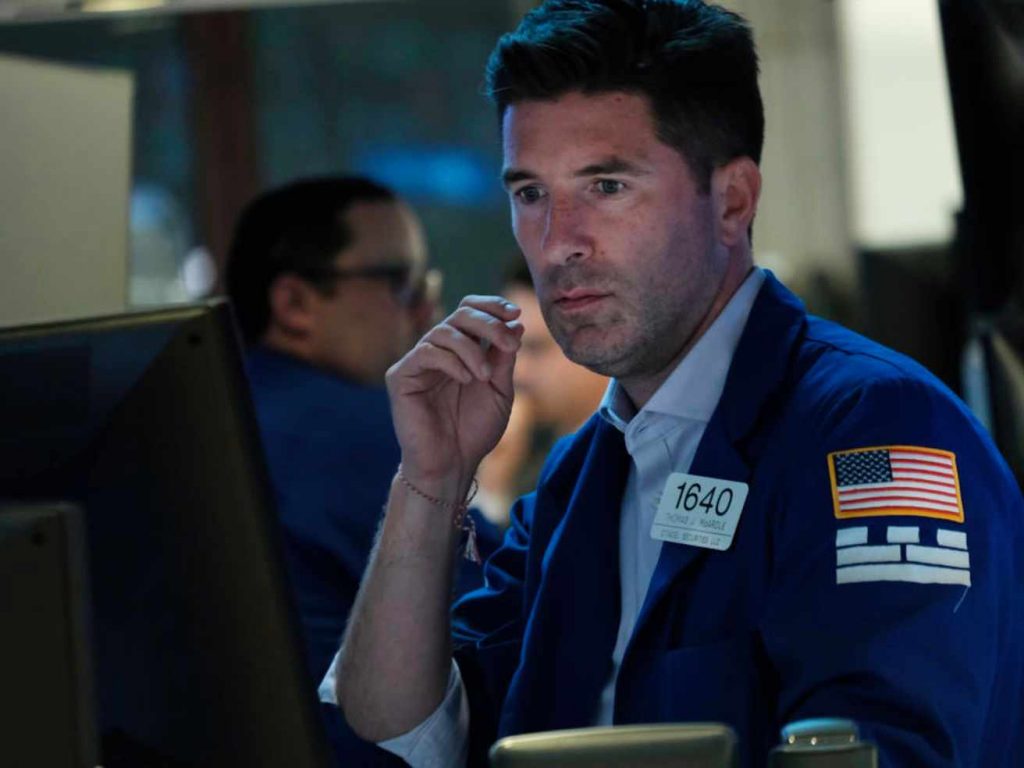 Wall Street's incredible recovery was the fifth strongest in the history of the S&P 500 and the fourth strongest for the Nasdaq, according to SentimenTrader data reported by Cnbc.

Today, after a bullish start, at about 4 p.m. Italian time the Dow Jones rose about 0.10 per cent; the S&P 500 accelerated to the downside, losing about 0.52 per cent while the Nasdaq Composite gave up 0.90 per cent.

Today is a crucial appointment with the US quarterly earnings season.

The banking giants JPMorgan Chase, Wells Fargo, Morgan Stanley and Citigroup released their accounts for the third quarter of the year.

The results showed the dual effect on US banks' balance sheets of the monetary tightening that the Fed is launching to curb galloping inflation.

On the one hand, banks generally saw an improvement in profitability, confirmed by large increases in net interest margin.

On the other hand, the fear of a recession, and thus of greater difficulty for households and businesses to honour the repayment of loans received, resulted in an increase in provisions, to cope with the risk of a growth in impaired loans-NPLs.

Bank stocks, however, reacted positively to the publication of the quarterly reports: JP Morgan jumped more than 4% after beating expectations on the earnings and turnover front; Wells Fargo also did very well, with a rally of 5%; Citigroup advanced more than 3%. The negative exception was Morgan Stanley, which fell nearly 3% after ending the third quarter with worse-than-expected earnings and turnover.

On the macroeconomic front, the US retail sales figure for September was released, which remained flat on a monthly basis, after rising 0.4% in August, and compared to the +0.2% expected by the consensus. Excluding auto sales, the figure rose 0.1 %, better than the -0.1 % estimate. The year-on-year trend was solid at 8.2 %, however, slowing down from the +9.4 % jump.

The consumer confidence index compiled by the University of Michigan was also released, improving from 58.6 to 59.8, better than the 59 points expected.

Returning to Wall Street's historic rally, Adam Sarhan, founder and CEO of 50 Park Investments, explained yesterday's incredible recovery by the fact that Wall Street was in an oversold condition.

"After the sharp decline (of previous sessions), he explained, it is normal for the market to go down, move up, test a new high, and then go down again."

In his view, the US stock market trend was the result of a combination of short-covering and value investor entry.

That said, according to Sarhan, Wall Street's historic recovery does not change the fact that the US stock market is going through a bear market phase.

"It appears that equity investors have decided that the US inflation figure does not negate expectations of sharp price declines going forward," Rodrigo Catril, forex strategist at National Australia Bank, commented in a note reported by Cnbc. Catril also explained the rally by short-covering.

The initial sell-offs that hit the indices were triggered by the release of the September CPI consumer price index before the start of the session.

After the release of the inflation figure, markets effectively priced in the arrival of a fourth 75 basis point monetary tightening by the Fed at its next meeting on 1-2 November with a 98% probability. The probability of a fifth consecutive rate hike of 75 basis points also increased to 62%.

Traders are now betting on a round of monetary tightening by Powell & Co. that will bring rates close to 5% before the central bank ends the hikes in the spring of 2023. Expectations are for fed funds rates to rise to 4.9 per cent by next April, up from the 4.65 per cent priced in the day before yesterday.

Returning to the data, the US consumer price index rose 0.4 per cent month-on-month in September, twice as much as expected, accelerating from +0.1 per cent previously. The core component - stripped of energy and food prices - jumped 0.6 per cent on a monthly basis, above the +0.5 per cent estimated and the same as in September.

On an annual basis, inflation as measured by the CPI index jumped 8.2 %, slowing from the 8.5 % growth of the previous month, but rising at a faster pace than the +8.1 % expected.

Core inflation also accelerated its pace, from +6.3% in August to +6.5%, in line with expectations. This is the 28th consecutive month that the core CPI index has risen, now reaching a record high since August 1982.

Expectations of a more hawkish Fed put further pressure on the euro, which fell 0.47% against the US dollar to around $0.9727.