There are great expectations for the day after tomorrow, Wednesday 21 September, when Jerome Powell's Fed will launch a new attack on US-made inflation by announcing its decision on fed funds rates. 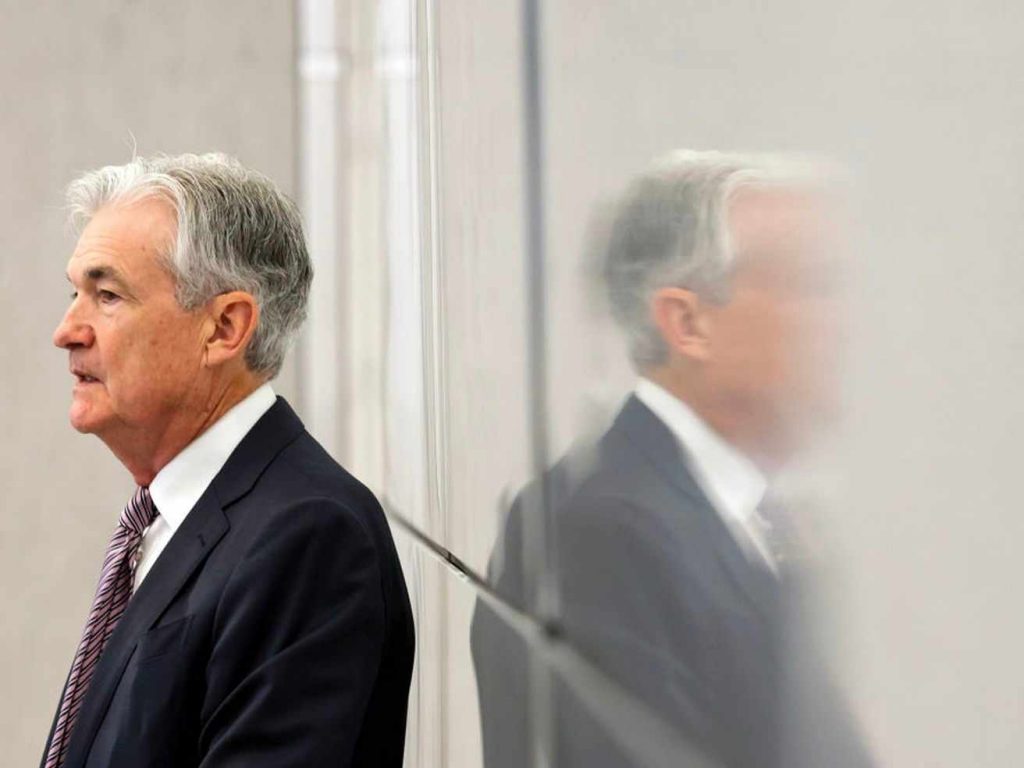 Last 27 July, the Fed raised rates by 75 basis points, for the second time in a row, confirming its fight against galloping inflation in the US. On that occasion, with its second consecutive 75 basis point hike, Powell & Co raised US fed funds rates to a new range of 2.25 to 2.5 per cent, a record high since late 2018.

Together, the June and July monetary tightening by the Fed represented the largest consecutive rate hikes since the Fed began using overnight rates as its main monetary policy tool in the early 1990s. And it may, in fact, only be the beginning. The day after tomorrow, therefore, is likely to be yet another 75 basis point rise, for the third time in a row.

But, evidently, it is still too little to make the inflation numbers, which are still too high, up to more than four times the Federal Reserve's inflation target of 2%, retreat.

In particular, as highlighted by the US consumer price index - one of the most closely monitored parameters for forecasting the US central bank's monetary policy moves - and in spite of the recent drop in energy prices and the slump in petrol prices, US-made inflation continues to strengthen in some of its components (see core inflation). And while it is true that it has weakened, headline inflation continues to march at a much faster pace than consensus expected.

The publication of the shock numbers had immediate effects on Wall Street, which was plunged into selling after the data were released: the repricing of US terminal rates was immediately triggered and some even started betting on a 100 bp tightening.

It is not for nothing that Goldman Sachs economists have revised up their forecasts on what the Fed will announce the day after tomorrow: they now estimate a monetary tightening of 75 basis points, compared to the previously expected 50 basis point increase.

"Long gone are the days when central banks only moved rates in increments of 25 basis points. Last week both the European Central Bank and the Bank of Canada raised official rates by 75 basis points, following in the footsteps of the Federal Reserve with two 75 basis point hikes in June and July. Moreover, after yet another upward surprise in US CPI inflation this week, the Fed looks set to continue tightening at this pace next week and perhaps again in November and December."

"Markets are pricing in a greater than 50% probability that the next move by the Bank of England and the ECB will be a 75 basis point hike rather than 50. Why 75 basis points is the new normal at this stage of the tightening cycle," Fels continues, "is obvious: in the face of continued massive overshoots in inflation, central banks are focusing heavily on maintaining the anchor of long-term inflation expectations. At present, officials all seem to be guided by the old saying that only hawks go to central bankers' heaven and are therefore determined, in Jerome Powell's words, to 'keep it up until the job is done'.

"But how will central bankers and market participants know when the job is done and it is appropriate to take a break?" the Pimco expert wonders and asks.

The answer is as follows:

"Given the uncertainty about the level of the unobserved neutral interest rate, officials have made it clear that they want to see inflation on a prolonged downward path, which I interpret as at least several months of falling core inflation. Such a downward path could remain unattainable for some time, especially in the US, given the acceleration of wage increases, which are important drivers of service sector inflation, and the prospect of prolonged strong increases in the shelter component of CPI."

"It is not clear what the terminal level of rates needed to complete the job is, but the suspicion is that it is above the 4.25% peak for the Fed Funds rate that markets are pricing in right now. It is quite clear, however, that the work cannot be painless," as Wall Street's trend on the inflation shock day last Tuesday has shown.

In short: 'Financial markets will have to suffer further as financial conditions are the transmission mechanism for monetary policy, and this is likely to be imminent as central banks continue to raise rates and the Fed reduces its balance sheet. In order to avoid a further acceleration of wages, the labour market needs to be hurt by an increase in unemployment, which is likely to occur soon in response to past and future tightening of financial conditions. As a result, the proverbial soft landing that central bankers are hoping for and that markets have been chasing for the past few months seems rather unlikely'.

The US economy thus appears destined for a hard landing, the very worst-case scenario so much feared. Among other things, "despite a likely hard landing in the form of a recession in developed market economies, a rapid central bank turnaround from raising rates to cutting them seems highly unlikely unless there is a major financial meltdown or a massive bout of 'immaculate disinflation' out of nowhere. Central bankers will want to avoid the mistakes of the stop-go policies of the 1970s, when their predecessors reversed course just after inflation had peaked, thus laying the groundwork for the next period of inflation towards even higher peaks. A sustained stalling of rates at higher levels therefore seems more likely than the Fed's rate reversal that is priced into the forward curve for next year."

"This brings us to the last point, which we have already emphasised in this year's Secular Outlook," Joachim Fels concludes, "Although the next recession should be relatively mild, given the absence of large private sector imbalances, it is unlikely to be followed by a V-shaped recovery, because the stickiness of inflation will prevent central banks from loosening monetary policy significantly any time soon. Moreover, there will be less protection for financial markets, as central banks will not come to the rescue as quickly and readily as in the past two decades. Winter is coming".

A clear SOS from the markets has been sounded in recent sessions by the trend of US Treasuries rates, especially two-year Treasuries, the most sensitive to forecasts - and decisions, too - related to the Federal Reserve. Yields jumped in last Friday's session to over 3.9 per cent, the highest since 1 November 2007, predicting a more hawkish Fed, or at least hawkish to the point of being ready to churn out new aggressive monetary tightening, even in spite of the consequent slowdown of the US economy, in order to reduce the now persistent threat of inflationary pressures.