Business books › Economy made in Russia: the consequences of US and EU sanctions. Top Secret report on the truth denied by Putin

Economy made in Russia: the consequences of US and EU sanctions. Top Secret report on the truth denied by Putin

Russian-made economy in times of war, with Moscow hit by U.S. and EU sanctions becoming a global pariah in the markets after President Vladimir Putin's decision to invade Ukraine. 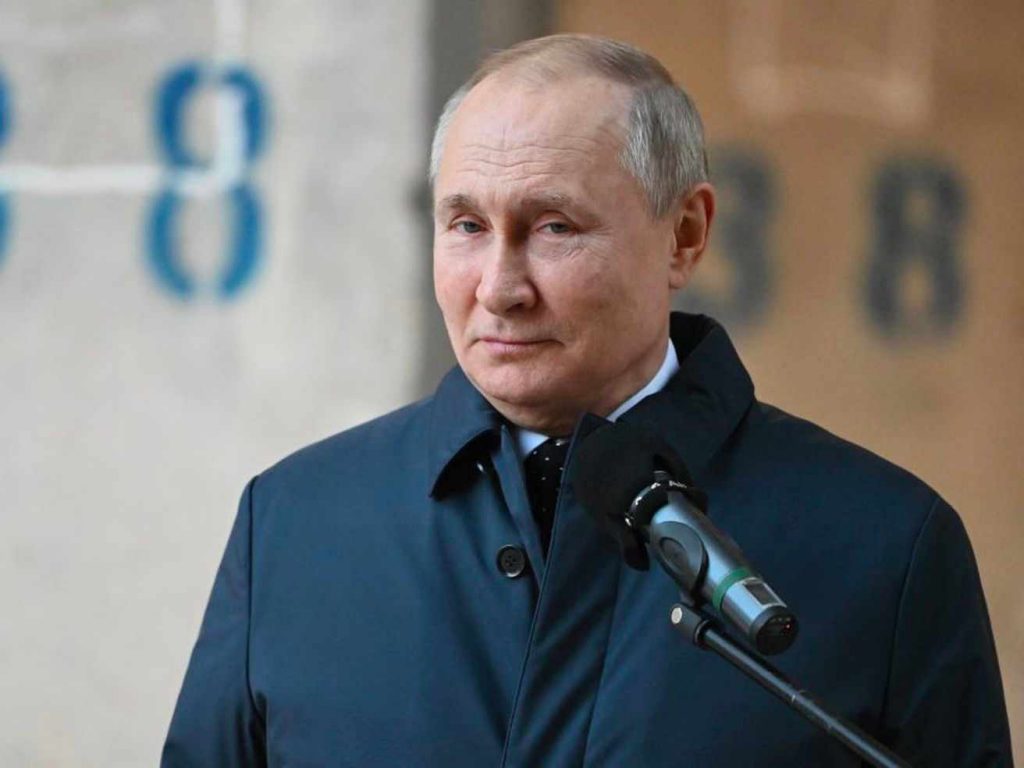 Much is being made of the consequences that the war between Russia and Ukraine and the resulting energy crisis are having on the world economy, particularly that of oil- and gas-starved Europe, which is desperately trying to cut its dependence on Putin's gas. Now aided, so to speak, by Gazprom's - read Kremlin's - decision not to reopen the Nord Stream 1 pipeline after a three-day shutdown decided for apparent maintenance work.

Nord Stream 1's taps remain closed, which means a stop to gas coming from Russia to Europe through the pipeline. The effects on the markets were well seen, with gas prices soaring (up to +35 percent yesterday), and the euro thudding, which broke through $0.99 for the first time since 2002. Europe is certainly not doing well, and it is undoubtedly paying the consequences of the sanctions imposed on Russia, first and foremost with the #carbon energy and #carbon bills.

That said, the question is: What is the condition of Russia's economy?

Russia: the truth about the economy from the Top Secret report

The answer comes from a Bloomberg article, which cites an internal report that was prepared for the Kremlin.

A classified report, certainly not public. Every war, moreover, is based on a propaganda machine aimed at showing that, in the end, things are going well, the economy is holding up, in fact, doing even better. In the case of Putin's country the gag on truth is certainly no exception. Let alone in times of war. Gasps abound.

But thanks to Bloomberg News this private Top Secret report is no longer Top Secret:

Bloomberg News focuses on several pieces of information that emerge from the report, chief among them the losses associated with not exporting gas to countries in the West, particularly Europe:

"A total cut in (Russian) gas supplies to Europe, which is Russia's main export market, could cost up to 400 billion rubles (the equivalent of $6.6 billion) a year in lost tax revenue, according to the report."

And it would not be "possible to fully compensate for the lost (gas) sales by resorting to new markets for exports, even in the medium term."

The Top Secret report, it is explained, "is the result of months of work by officials and experts who are trying to calculate the real impact of Russia's economic isolation caused by President Vladimir Putin's invasion of Ukraine."

The document "presents a significantly bleaker picture than what officials usually portray in their optimistic public speeches. Bloomberg was able to view a copy of the report, drafted ahead of a closed-door meeting among top (Kremlin) officials scheduled for last Aug. 30. And sources close to what was discussed confirmed its authenticity."

The report shows that "Russia could face a longer-lasting and deeper recession, paying for the impact of widening U.S. and European sanctions, which are maiming sectors the country has relied on for years to grow its economy (…) Two of the three scenarios presented show an acceleration of the contraction next year, and an economy that is expected to return to pre-war levels only at the end of the decade or later. The 'inertia' scenario sees the economy bottoming out next year, with GDP falling 8.3 percent from 2021 levels. The 'stress' scenario, on the other hand, sees the economy bottoming out in 2024, with a contraction of -11.9 percent from last year's level."

"All scenarios," the Bloomberg article reads, "see intensifying pressure from sanctions, as more countries are expected to join (those that have already imposed them). Europe's sharp turn away from Russian oil and gas could also hit the Kremlin's ability to supply its own market. Beyond the restrictions (sanctions) themselves, which relate to about a quarter of imports and exports, the report details how Russia currently faces a 'blockade' (referring to the various types of embargoes imposed on the country) that 'has affected virtually all forms of transportation,' further isolating the countries' economy. Pressure has also increased due to financial and technological restrictions."

"The report estimates that up to 200,000 IT (Information Technology) experts could leave Russia by 2025, and this is the first official estimate of the growing brain drain phenomenon. In public, officials report that the impact of sanctions has been less than feared, and that the contraction could be less than -3% this year and even less in 2023. Outside economists have also revised their outlooks for this year away from official estimates of a deep recession, as the economy has done better than expected."

But apparently it is Russia itself that fears the worst, beyond its propaganda machine.

Russia's problem is not just about exports. It is also about imports, the materials the Russian economy needs to produce and grow. And the analysis shows that, 'there are simply no alternative suppliers, as far as some crucial imports are concerned.'

"Even in the agricultural sector, where the Kremlin is striving to replace foreign supplies, dependence on some key components could force Russians to reduce their food consumption as supply declines, according to the report." And "restrictions on Western technology access could set Russia back a generation or two from current standards, as the country will have to rely on less advanced alternatives from China and Southeast Asia. The report warns that sanctions will also force the government to revise several targets that Putin set out to achieve before the war, including those aimed at increasing democraphic growth and life expectancy. At the sectoral level, the report explains in detail the extent of the consequences of the sanctions."

Returning to the repercussions on the energy industry, which, prior to the invasion of Ukraine and the sanctions imposed by the West was the market that saw Russia among the world's heavyweights, Moscow's inability to access key equipment and machinery will necessarily result in reduced production, threatening the Kremlin's goals of expanding gas supplies to the Russian population itself. "The absence of the technology needed to create liquefied natural gas facilities is also 'crucial' and could hamper efforts to build new sites."

Still, "Europe's plans to halt imports of Russian petroleum products-about 55 percent of exports of these products came to Europe last year-could trigger massive production cuts leaving the domestic market (itself) running out of fuel. Still, metal producers are losing $5.7 billion a year due to sanctions."

A few examples illustrated in the report quoted by Bloomberg:

In the agricultural sector, 99 percent of poultry production depends on imports.In the aviation sector, 95 percent of passenger volume travels on foreign-made planes. With sanctions, the inability to access the necessary components could result in a reduction of the aircraft fleet, due to the inability to replace them or, due to the absence of the necessary material, even to maintain them.In the pharmaceutical sector, about 80 percent of domestic production depends on imported components.Only 30 percent of machine tool tools are manufactured in Russia, in a context where the local industry lacks sufficient capacity to cover increased demand.In the transportation sector, restrictions imposed by the European Union have tripled the cost of road deliveries.In the communications and IT sectors, the restrictions imposed could leave Russia without SIM cards by 2025, while the tlc sector could fall five years behind the world leaders' tlc market as early as this year."So comments Alexander Isakov, economist for Russia at Bloomberg News:

"With less access to Western technologies, a wave of corporate disinvestment, and demographic challenges ahead, the country's potential growth is set to contract at the rate of +0.5%/+1% over the next decade. Thereafter, growth will suffer further contraction to just above zero by 2050. Russia will also become more vulnerable to declines in global commodity prices, as foreign reserves will no longer provide it with a buffer."

On the other hand, the same report shows that, over the next year or two, there will be a "reduction in production volumes in several export-oriented sectors" in Russia, starting with oil and gas and extending to the metals, chemicals and timber sectors. Although a recovery is possible, "these sectors will stop being the drivers of the economy."