JP Morgan, Wells Fargo, Morgan Stanley, Citigroup: the third-quarter accounts of the four US-based Big Banks show how the round of anti-inflation rate hikes signed by Powell's Fed is proving to be both a cross and a delight for the sector. 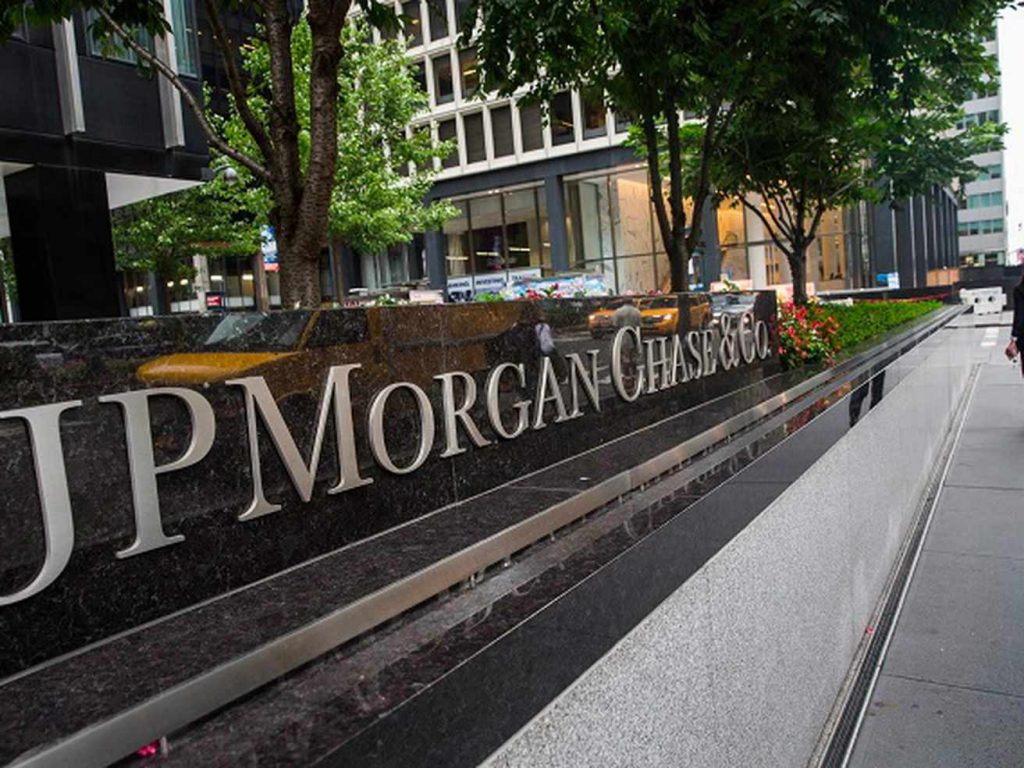 Cross, in that the fear of the arrival of a hard landing that is considered by many economists as inevitable is leading banks to fear a new surge in impaired loans-NPLs and, therefore, to increase provisions.

Delight, as the positive effect of monetary tightening on the interest margins of the banks themselves is blatant. Indeed, NII (net interest income, net interest margins) rose significantly during the third quarter, especially in the case of JP Morgan.

Thanks to Jerome Powell's tightening, the profitability of some banks is thus growing, after years in which rates pinned at zero eroded the industry's results to no small extent.

But the cross effect is not lacking since, if the Fed drags its feet too much, the US economy will slip into recession: and it will not be a soft landing, but a hard landing.

At that point, in a recession, US companies and households that have received credit from the banks will have a much harder time repaying their loans.

As a result, the spectre of non-performing loans, impaired loans, and NPLs in general will reappear on institutions, which is why institutions are already preparing to set aside additional reserves to cover any future losses on loans that may come back to plague their balance sheets.

The US banks' accounts have been released at a time when further monetary tightening by Jerome Powell's Fed appears inevitable.

Yesterday, US inflation numbers as measured by the consumer price index remained stubbornly high, leading markets to fear new maxi tightening of 75 basis points by the US central bank.

All of this is written in black and white in the quarterly reports of the US banks JP Morgan, Wells Fargo, Morgan Stanley and Citigroup, which have just been released, and which relate to the third quarter of the year.

The numbers change, but the message is the same.

We come to JP Morgan, the number one bank in the US by asset value, which announced that it ended the third quarter of the year with a net profit of $9.7 billion, down 17% year-on-year. This was weighed down by the allocation of loan reserves of $808 million, compared to reserves of $2.1 billion in the same quarter of 2021. JP Morgan thus paid for the need to set aside additional reserves to deal with the risk of a rise in NPL-impaired loans, linked to the risk of a coming US recession.

The bank led by CEO Jamie Dimon disclosed that net income was also impacted by investment-related losses of $959 million: these losses weighed down net income by an after-tax figure of $729 million. Watch out for the numbers on eps and turnover.

While profits fell, revenues rose, doing better than expected. This was due to net interest income (NII), which jumped 34% to $17.6 billion, right on the heels of the Fed's monetary tightening and, also, thanks to JP Morgan's loan book expansion.

The US bank Wells Fargo also announced that it ended the third quarter of the year with a year-on-year decline in profits, again due to the reserves it had to set aside: this amounted to $784 million, compared to the $1.4 billion drop in provisions that had been seen in the third quarter of 2021.

However, other factors also weighed on the bank's quarterly results. CEO Charlie Scharf explained that the bank's "solid third-quarter business performance was significantly impacted by operating losses of $2 billion, or $0.45 per share, related to legal costs, customer claims, and issues primarily related to a variety of past events.

Wells Fargo still continues to pay the consequences of the accounting scandal that engulfed it in 2016. The institution is also the most dependent, among the six largest US banks, on the mortgage business; as a result, it also suffered from the sharp drop in sales and refinancing activities in the sector, due to the boom in mortgage rates, which flew well over 6% in the US.

The Wall Street giant's accounts showed a worse-than-estimated trend in both earnings and turnover.

Like JP Morgan and Wells Fargo, Morgan Stanley was forced to set aside additional reserves to cope with the threat of increased loan losses: provisions thus rose to $35 million, compared to $24 million in the third quarter of 2021.

The NPL factor also weighed on Citigroup, which saw third-quarter net profit slip 25 per cent to $3.48 billion on the back of reserve accruals that jumped by a net $370 million (compared with reserve releases of more than $1 billion in the same period last year): the increase caused reserve accruals for possible future NPLs to jump to $1.37 billion in the quarter.

The bank, led by CEO Jane Fraser, paid the price for its greater exposure, compared to its rivals, to foreign countries and thus to the slowdown not only of the US economy, but also of other economies.

Turnover in the investment banking division fell, which also affected other banks, such as JP Morgan itself, which collected lower fees from the division.

Among the four US banks that reported their third-quarter results today, JP Morgan, number one, stands out. Despite making provisions of $808 million, it saw its net interest margin soar 34% to $17.6 billion, beating consensus expectations by more than $600 million.

This time, however, CEO Jamie Dimon, who has already shown in recent days that he has abdicated his proverbial optimism, did not gloat:

"There are significant hurdles, in the immediate term, in front of us," Dimon said, "Stubbornly high inflation that will result in higher interest rates around the world; the uncertain impacts of (the Fed's) Quantitative Tightening; the war in Ukraine, which is increasing all geopolitical risks; and fragile supply and oil price conditions. While we continue to hope for the best, we remain vigilant and prepare for the negative effects'.

The publication of the quarterly reports of the major US banks, which certainly does not end with today - the other two big ones, Goldman Sachs and Bank of America, are missing from the roll call - is crucial not only for the markets, but also for assessing the state of the US economy.

On the one hand, the US unemployment rate remains very low, a factor that leads one to think that consumers and companies should not have much difficulty repaying their loans. In addition, rising interest rates mean that banks' core lending business is becoming more profitable.

The volatility in the financial markets is also assisting fixed income trading.

However, in an environment where Wall Street remains in a bear market, investors have been dumping bank stocks for quite a while, with shares of JP Morgan and other financial institutions capitulating to new 52-week lows.

The fear of a coming recession in the US and around the world is becoming more and more concrete, and warnings are coming from all over the world:

JP Morgan CEO Jamie Dimon himself, in addition to fearing a recession, issued an alert this week on the trend of the S&P 500 index. And what about the drubbing signed by the International Monetary Fund, IMF, which cut its estimates on global GDP, warning among other things that the worst is yet to come?

In this regard, Tobias Adrian, director of the International Monetary Fund's money and capital markets division, said in an interview with Cnbc that it is 'certainly possible' that the JP Morgan CEO's forecasts on the S&P 500 will come true.

In this context, reports a Cnbc article, the turnover of investment banking and mortgage lending activities typical of banks has suffered a major setback, and the risk is that some banks will announce write-downs of their assets.

In addition, there is a risk that the provisioning of additional reserves will go ahead, to cope with any ongoing and even future increase in impaired loans. According to analysts, the largest banks in the US could set aside up to USD 4.5 billion.