Business books › Putin effect with nuclear threat: Moscow Stock Exchange slips as much as -10%, MOEX index halved in value in a year

Putin effect with nuclear threat: Moscow Stock Exchange slips as much as -10%, MOEX index halved in value in a year

Moscow's stock market plummeted again today, Wednesday, September 21, following a speech proffered by Russia's President Vladimir Putin. Putin further stirred the hatchet against Ukraine, announcing that he has ordered the first mobilization (which will be partial) in Russia since World War II by recalling reserve soldiers: 300,000 are expected to be recalled reservists. Excluding conscripts, according to Defense Minister Serghei Shoigu, as reported by the Tass news agency. 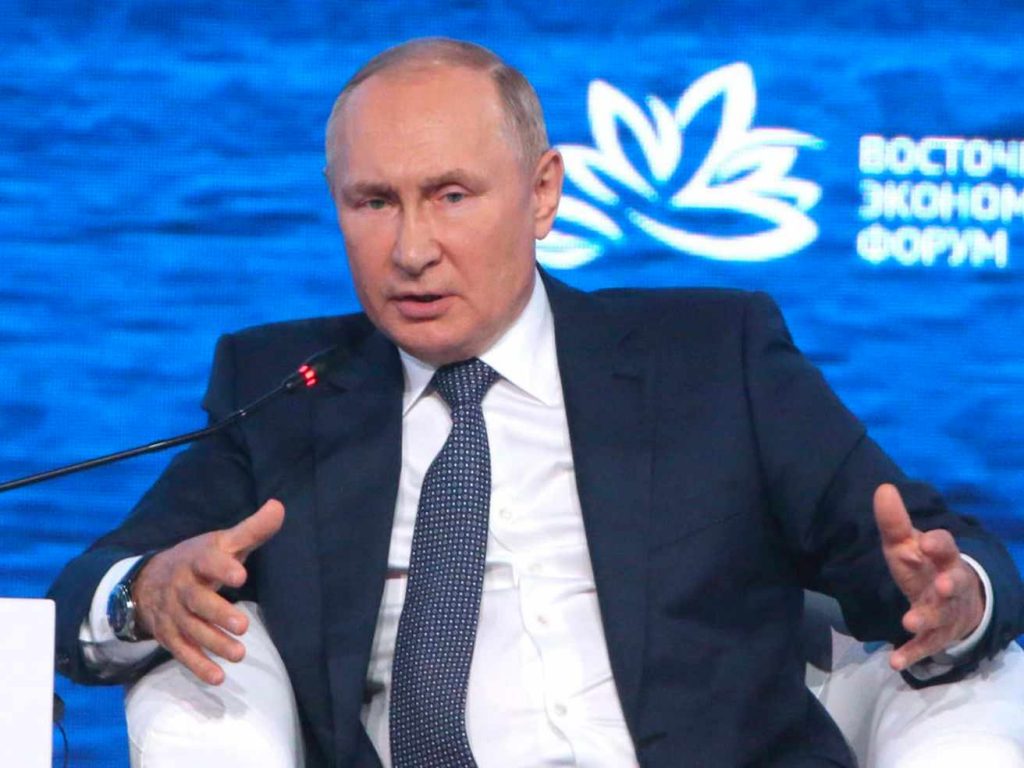 Shoigu added that the goal of the partial mobilization is to "control the liberated territories" in Ukraine.

With his speech, Vladimir Putin warned the West to be ready for the use of nuclear weapons, stressing that those who are trying to use nuclear blackmail against Russia will find that the tables can be turned.

Putin's words, which added that territories in Ukraine that have announced a referendum to annex themselves to Russia have the "support" of the Kremlin, triggered sales on the Moscow Stock Exchange: the Mosco Stock Exchange index (MOEX index) slumped as much as -10%, reporting heavy losses for the second consecutive session.

Earlier in the day yesterday, the MOEX had already plummeted by 9%, suffering its biggest thud since the day of the Russian invasion of Ukraine, discounting news about referendums to be held in some of Ukraine's territories under Moscow's control to annex to Russia. Referendums that the international community has branded as "shameful."

The referendums for annexation to the Russian Federation, announced by pro-Russian authorities, will be held in the self-proclaimed republics of Donetsk and Lugansk, the Kherson region, and part of Zaporizhzhia province.

In addition to the Moscow stock market's thud, the benchmark price of European gas jumped after Putin's words by up to +8 percent to €210 per megawatt hour.

In the forex market, the pound and the euro weakened, discounting investors' rush toward the U.S. dollar, which benefits from its nature as a safe-haven currency. The Dollar Index is hovering at its highest level in 20 years.

Returning to the Moscow Stock Exchange, the value of the MOEX has practically halved over the past year, paying for Putin's decision to invade Ukraine last Feb. 24.

The index hovers just above 2,000, up from around 4,000 points last year. Putin, who has made it clear he is not bluffing, accused the West of starting a war against Russia, in Ukraine, in 2014.

The West has been accused of planning the destruction of Russia. "With its aggressive policy against Russia, the West has exceeded all limits," Putin thundered in his speech.