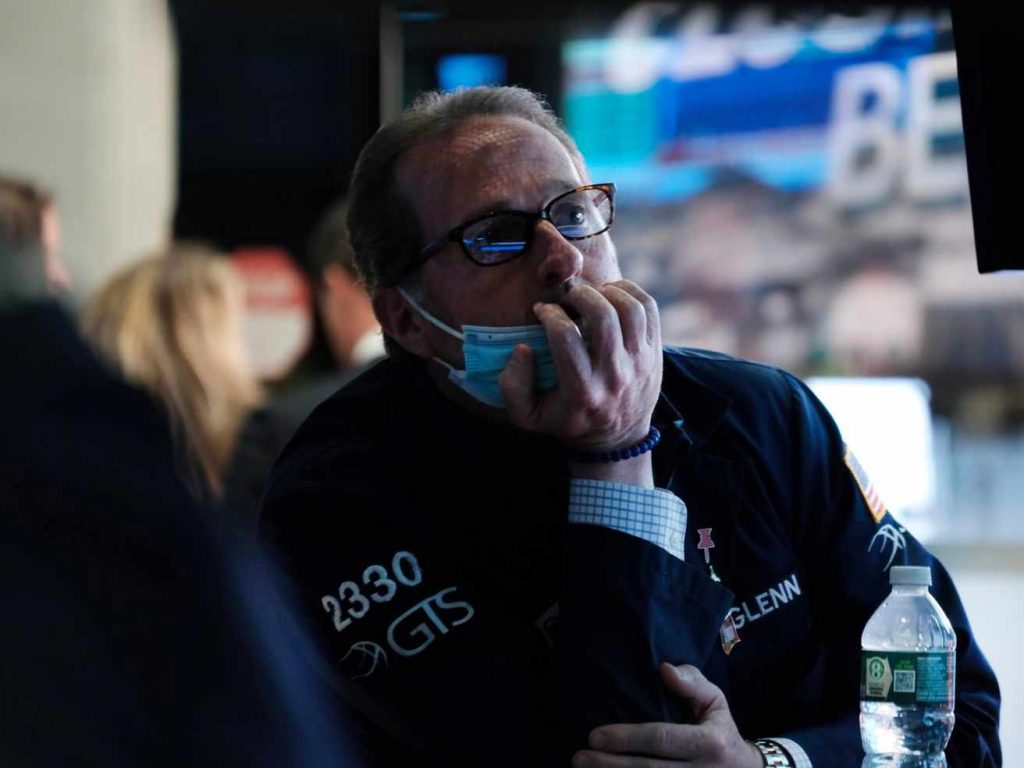 The U.S. stock market's eagerness to recover was crippled by the release of the inflation index preferred by the Fed, currently led by Jerome Powell, to closely monitor its monetary policy decisions, thus to make any decisions on U.S. interest rates.

This is the core PCE index, which, on a monthly basis, rose 0.6 percent in August, more than the +0.5 percent expected, definitely accelerating from July's +0.1 percent. On a year-on-year basis, core PCE jumped 4.9 percent, more than the +4.7 percent estimated, up from the previous month's 4.6 percent rise.

In contrast, the headline PCE index slowed its pace, growing at an annual pace of 6.2% in August, less than July's +6.4%. On a monthly basis, however, the PCE index flamed out, reporting a trend of +0.3%, up from the previous decline of 0.1%.

U.S. stock indexes immediately deteriorated after the release of the data that rekindled fears of new rate hikes of at least 75 basis points by the Federal Reserve.

Last week, Jerome Powell's Fed proceeded with its third consecutive 75 basis point monetary tightening, raising U.S. fed funds rates to a record high since 2008, in the range of 3 percent to 3.25 percent, in an effort to blunt galloping inflation.

Treasuries yields, however, retrace from the record highs tested in recent sessions, despite the renewed flare-up in inflationary pressures.

The sharp turnaround was caused by the Bank of England's decision to postpone the start of the UK government bond divestments it had planned for next week, temporarily buying long-term Gilts in order to counter market chaos: chaos that was caused by Liz Truss's government's decision to launch a maxi fiscal bazooka of tax cuts that economists and strategists do not consider sustainable.

Two-year Treasuries rates are also down, falling today to 4.145 percent, after having soared during the week coming to a close to 4.351 percent, the highest value since August 2007.

The major U.S. stock indexes are about to close a decidedly negative week and month: on a weekly basis, the S&P 500 lost 1.4 percent, while the Dow and Nasdaq both gave up 1.2 percent. U.S. stock market in deep red for the entire month of September: the S&P 500 capitulated 7.9 percent and the Dow Jones suffered a 7.2 percent thud. Worse was the Nasdaq, which is set to close the month with a 9.1 percent slump.

Among the stocks, Apple, fresh off a thud in the eve session of -4.91% to $142.48, taking it to nearly 3-month lows, worsening the 2022 balance to nearly -22%. It was impacted by Bank of America's decision to cut its recommendation on the stock from buy to neutral citing weakening consumer demand and disappointing response to the new iPhone 14. BofA's indicated price target fell from $185 to $160 per share. The stock remains under pressure, limiting the damage to a decline of about 0.30 percent.