Business books › What Apple showed at the autumn presentation

What Apple showed at the autumn presentation

On Sept. 7, 2022, Apple held its fall presentation, where it unveiled new generations of iPhones, Apple Watches and AirPods Pro. The company expanded its line of smart watches for the first time ever, announcing the Apple Watch Ultra, designed for outdoor activities and extreme sports. 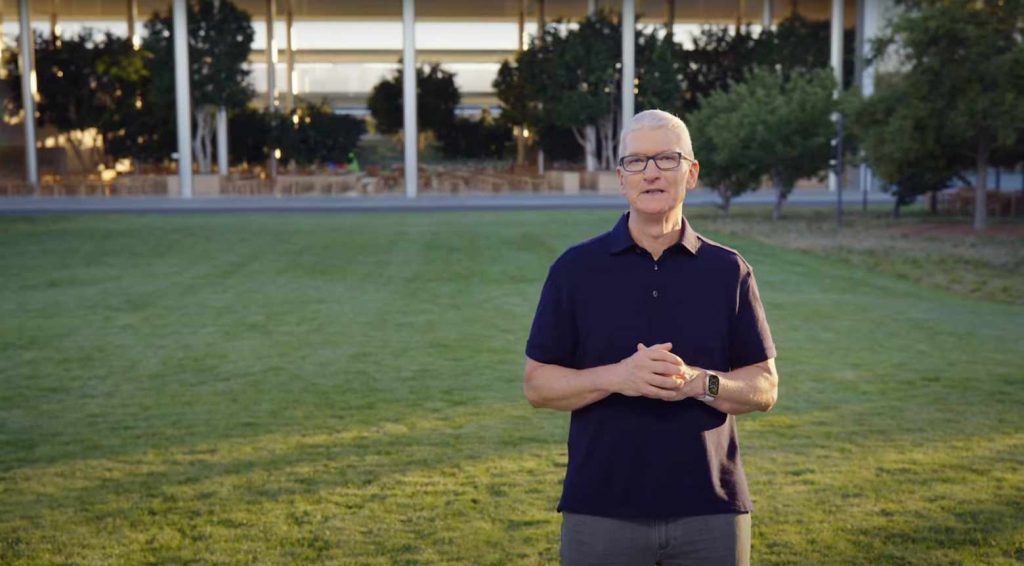 This year's presentation took place in two formats. Users around the world watched the recorded event with the already familiar effects and camera fly-throughs, while bloggers and journalists were invited to the company's office and held the presentation in person. They also had the opportunity to look at the gadgets and hold them in their hands before the official launch of sales. The event was started by the company's CEO Tim Cook, who immediately confirmed what insiders had said and talked about what gadgets would be unveiled in the next hour and a half. First, the company showed the Apple Watch Series 8, fully copying the design of the last generation. Apple did not change the shape of the case, dimensions and left everything as it is. Looking at the Series 7 and Series 8, it's hard to tell which is newer. But the company has added new sensors and features, some of which will be available exclusively in the new generation.

So, the smart watch from Apple appeared a sensor for measuring body temperature. It is important to note that the feature will only work in the "Cycle Tracking" section, which is part of the "Health" app. During the presentation, it was told that the body temperature data helps predict ovulation and monitor changes in hormonal background, so now the watch will help women monitor their health in more detail. The sensor itself takes readings every 5 seconds with an accuracy of 0.1° Celsius. Notably, the company didn't talk about other usage scenarios. Along with this came a feature that tracks car accidents. If the user gets into an accident and for some time will not move and respond to the alerts of the device, the watch itself will notify the emergency services. Apple said that the watch can recognize frontal collisions, side impacts, rear-end impacts and car rollovers. A system of an advanced gyroscope and accelerometer is responsible for all this.

The new Apple Watch can last 18 hours on a single charge, but Low Power Mode doubles that time. This is achieved by turning off the always-active display, automatic workout detection and other background activity. Low Power Mode will be available on all watches starting with the Apple Watch Series 4. It will appear on the devices along with watchOS 9. The company has updated the budget version of the Apple Watch SE. The device has a smaller screen and no always-on display mode. Also, the watch does not have blood oxygen and body temperature sensors, as well as an ECG function. But it does have support for the car accident tracking feature. Otherwise, the Apple Watch SE retains the design and features of the last generation. Sales will also start on September 16, and prices start at $249.

For the past few months, insiders have been reporting that Apple will release a smart watch for athletes that will be bigger and more durable than the regular watch. Also a week before the presentation, photos of interchangeable bumpers appeared on the Web, showing that the device would get an extra button. Until the last moment, it was thought that the watch will be called Apple Watch Pro.

Insiders were right and the company announced a large secure watch for outdoor activities and extreme sports. Only for the name they chose the prefix Ultra, not Pro.

In terms of design, the device became larger. If previously the maximum size was 44 millimeters, now it has been increased to 49. It is also the only option, users can not choose a more compact version. An additional button has been added on the left, which can be reassigned to any action. The Digital Crown wheel is now protected by a protrusion, preventing bumps and accidental presses. The display is slightly recessed and framed by a rim, and an additional speaker was added to the case. The case itself is made of titanium and the display is protected by a sapphire crystal. The watch has improved protection against dust and moisture. If the regular Apple Watch can be submerged to a depth of 50 meters, the Ultra version - to 100 meters.

During the presentation, the company paid a lot of attention to diving, calling the Apple Watch Ultra "the most advanced device for diving underwater." The watch will come with special sport modes for diving. For example, during the dive the user will be able to see on the screen the actual depth and dive time, with a turn of the wheel will be able to activate the compass, and when surfacing the system will prompt when it will be necessary to slow down to equalize the pressure.

Maximum display brightness is 2000 nits and the watch can last 36 hours on a single charge. If you activate Low Power Mode, the total time increases to 60 hours. The watch also uses dual-band GPS. The company said that such a solution allows getting accurate location data in any conditions, as well as helping emergency services find a lost hiker somewhere in the mountains. An 86-decibel speaker is provided for the same purpose on the case. If a traveler is lost or in an emergency situation, it can turn on the siren, which will help the rescue team locate the user.

The Apple Watch Ultra will go on sale Sept. 23 and will cost $799. Along with the watch itself, users will be able to buy straps designed specifically for active sports. The first strap features a titanium buckle that can withstand intense water pressure, which will be useful for divers or river rafters. The second is a lightweight velcro strap, useful for runners, and the third is for mountain climbers and hikers.

The Air Pods Pro 2 headphones are powered by a new H2 chip that delivers better sound quality and cuts out twice as much extraneous noise in noise-canceling mode. Transparency mode also now adapts to your surroundings. You can control playback and adjust volume using the touch pads on the legs of the headphones. On a single charge, the headphones work for 6 hours of music playback. The case allows you to recharge the headphones 5 more times and increases the total run time to 30 hours. On the case itself there is a small speaker that emits a sound in disappearing mode, and on the side added a hole for the lanyard. The case can be charged with MagSafe.

Sales will begin on September 23, but you can pre-order the case as early as September 9. AirPods Pro 2 will cost $249.

The compact model with the prefix mini has disappeared from the iPhone 14 lineup. Now users have access to the regular iPhone 14 with a 6.1-inch OLED screen and the iPhone 14 Plus with a 6.7-inch display. The screens reach a peak brightness of 1,200 nits. The displays also support Dolby Vision and HDR10. Notably, Apple did not update the processors in the base smartphones this year. The iPhone 14 and iPhone 14 Plus run on last year's A15 Bionic chip, but with an additional graphics processor core. The company said that due to the optimization it was able to achieve maximum battery life.

The cameras in the smartphones have gotten better. The main camera module is built on a 12MP sensor with an aperture of f/1.5. The company reported that the devices shoot 49% better in darkness than last year's models. The system also picks up exposure faster in night mode, and while shooting video you can now use the Action Mode stabilization. The front camera has also improved in low-light conditions.

Also in the iPhone 14 there is a satellite communication, with which users can send messages to the emergency services. The communication works both ways, so the user will be able to get a response from the rescuers. It is important to note that so far the feature will only work in the U.S. and Canada. Also satellite communication will have to be paid separately, but when buying iPhone 14 users get 2 years of free service. The devices also support the function of detecting car accidents.

Pre-order smartphones will be available from September 9. Sales of the iPhone 14 will begin on September 16 and the iPhone 14 Plus will begin on October 7. Prices for the younger model start at $799, while the larger smartphone will cost from $899. It's important to note that the devices will be sold in the United States without a SIM card slot. Instead, users are offered to use eSIM. Two eSIMs can be connected to one smartphone at once.

In the older iPhone 14 models, the company got rid of the "bangs" at the top of the screen. The camera and sensors are now in two cutouts. The space between the cutouts is always masked in black, creating the illusion of a single element. This space is also used to display notifications and quick access to applications. For example, if the user starts a timer and minimizes it, the icon with the dynamic timer will move to the slot and be always visible. The technology is called "dynamic island". The smartphones are equipped with Super Retina XDR OLED screens. They deliver up to 1,600 nits of brightness when watching HDR content, and peak brightness of up to 2,000 nits when outdoors. The next-generation iPhone 14 also features an always-active screen, which will be used along with the new widgets in iOS 16. The iPhone 14 Pro has a 6.1-inch display, and the iPhone 14 Pro Max has a 6.7-inch display.

The older iPhone 14 models are built on the 4nm A16 Bionic chip, which contains 16 billion transistors. The company said the processor consumes 20% less power and is more efficient than last year's A15 Bionic.

Also Apple switched from 12-megapixel camera module to 48-megapixel, but it is important to note that the pictures will still get 12-megapixel. It's all about the fact that the company uses four connected pixels. This allows you to get high-quality photos in low light. The main module got support for optical stabilization and ProRAW mode. The ultra-wide-angle camera is based on the 12MP module and supports macro photography, and the third module supports three times optical zoom.